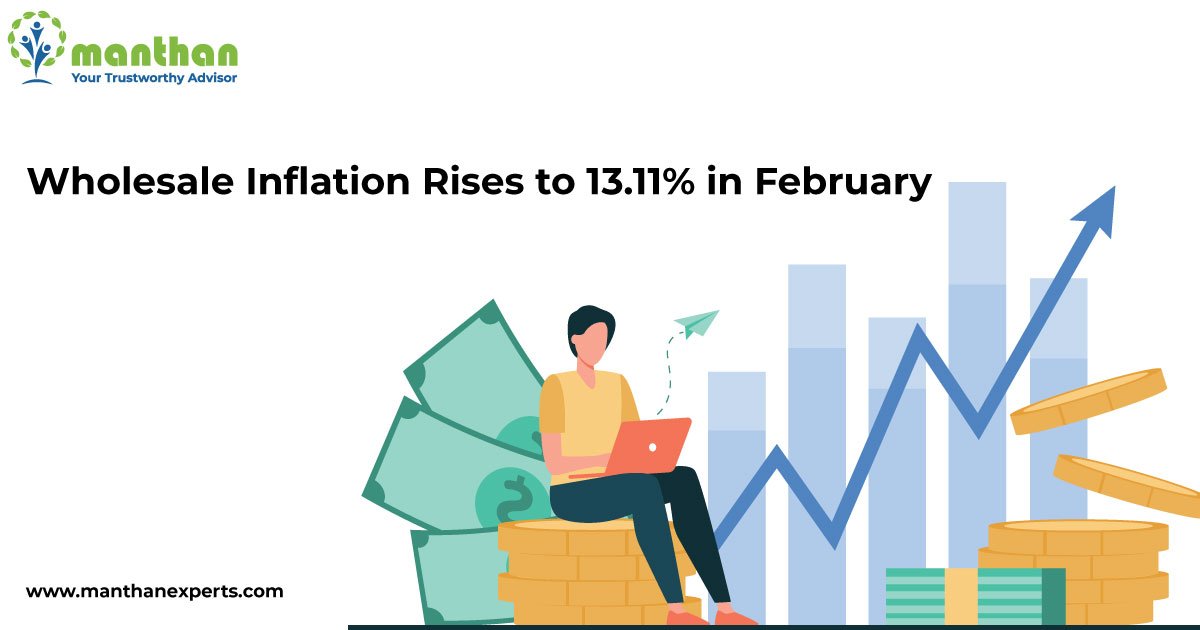 The Ministry of Commerce and Industry has issued data, according to which India’s annual wholesale price-based inflation (WPI) has been accelerated to 13.11 per cent in February from the previous month’s 12.96 per cent. It has remained in double digits for the 11th consecutive month beginning April 2021, while in February last year, it was 4.83 per cent.

As per the statement, “The high rate of inflation in February 2022, is primarily due to rise in prices of mineral oils, basic metals, chemicals and chemical products, crude petroleum & natural gas, food articles and non-food articles etc. as compared to the corresponding month of the previous year.”

However, the RBI had kept repo rate unchanged last month at 4 per cent, to support growth as well as manage inflationary pressures.