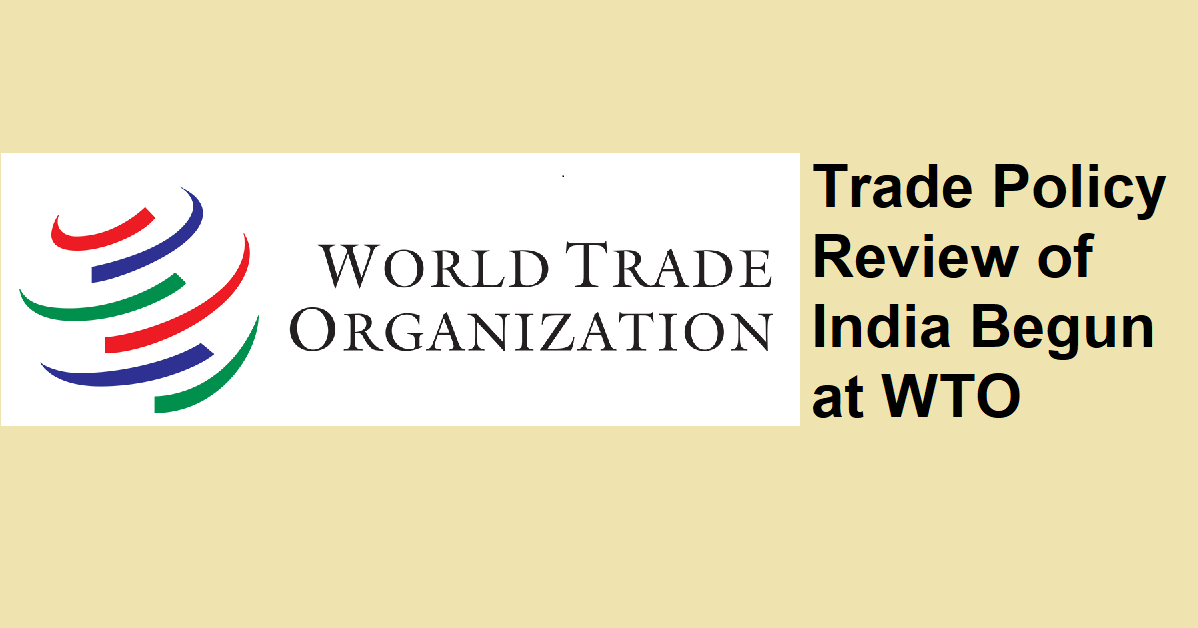 It headed by the Commerce Secretary, Dr. Anup Wadhawan as India’s official delegation for the TPR.

The TPR is an important mechanism under the WTO’s monitoring function, and involves a comprehensive peer-review of the Member’s national trade policies.

On the occasion, a comprehensive report issued by the WTO Secretariat. It narrated all major trade and economic initiatives that India took over the last five years, acknowledged India’s strong economic growth at 7.4 percent during the period under review and made a positive note of India’s reform efforts during this period.

The TPR Meeting will continue into its second day on 8th January 2021, when further discussions on India’s trade and economic policies will continue among Members.