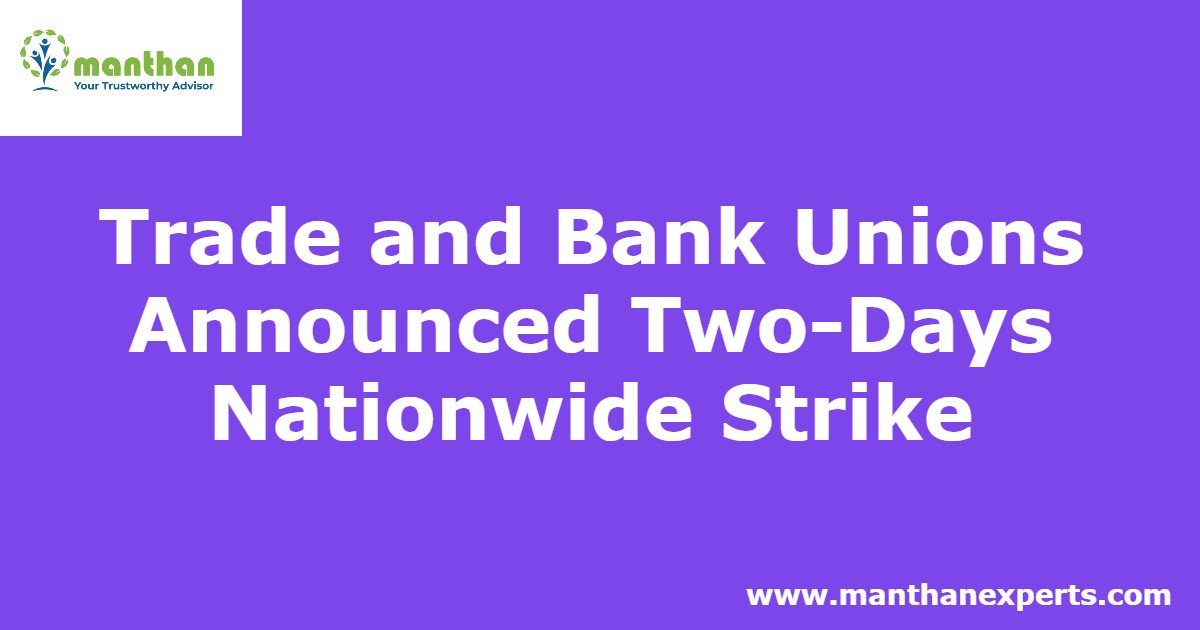 United Forum of Bank Unions (UFBU) has called for a two-day nationwide strike. Accordingly, banks are closed in Delhi on 28th and 29th March, 2022, as Public Sector Banks (PSBs) has protested against privatisation of banks. The strike is set to have an impact on transport and banking services across the country.

The All India Bank Employees Association has announced its support to the strike. Several banks, including the SBI, have already issued statements informing customers that banking services may be impacted on Monday and Tuesday.

Further, a joint forum of central trade unions has also called for a two-day nationwide strike against the Centre’s policies ‘affecting workers, farmers and people’. It has begun at 6 am today on 28th March, 2022.

In this regard, Amarjeet Kaur, All Indian Trade Union Congress General Secretary, has informed the news agengy PTI that they are expecting participation of over 20 crore formal and informal workers with mass mobilisation of workers across the country.