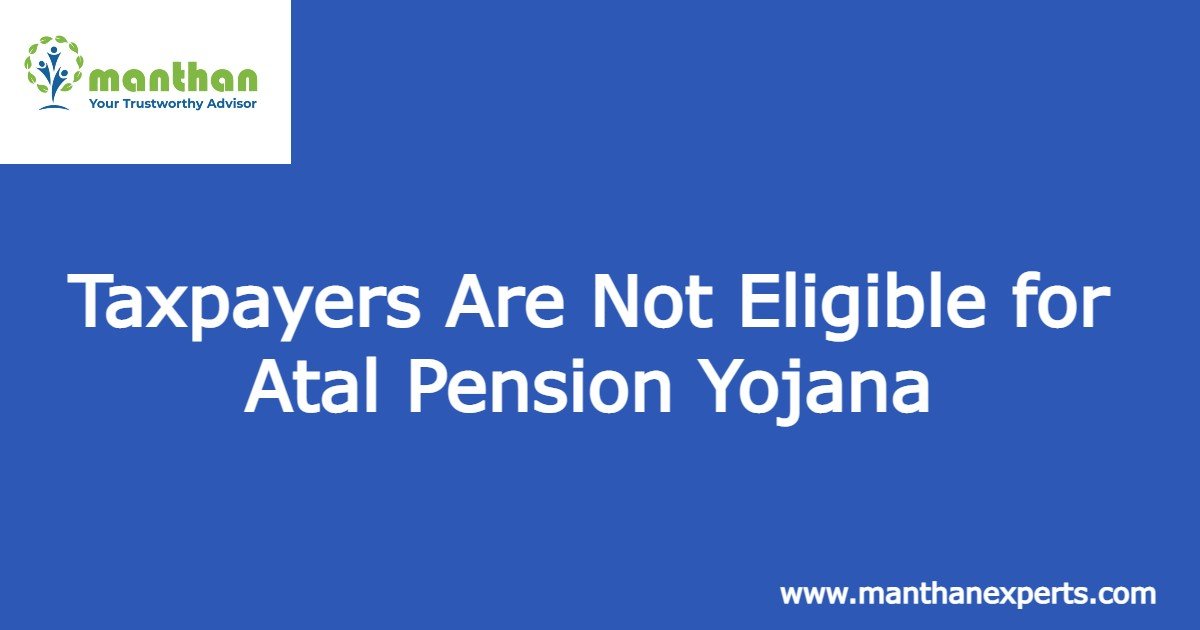 The Finance Minister has informed through a recent notification that Income-tax payers will not be allowed to enroll in the government’s pension security scheme Atal Pension Yojana (APY) from 1st October.

In a tweet, the department of financial services, noted that the amendment in the scheme was done for better targeting of pension benefits to underserved section of population. “Effective in prospective manner from 1st October, income-tax payer enrolled before 1st October to continue in the scheme,” it added.

The notification further clarified that the expression “income-tax payer” shall mean a person who is liable to pay income-tax in accordance with the Income-Tax Act, 1961, as amended from time to time.

In case a subscriber, who joined on or after 1st October, 2022, is subsequently found to have been an income-tax payer on or before the date of application, the APY account shall be closed and the accumulated pension wealth till date would be given to the subscriber, the gazette notification stated.