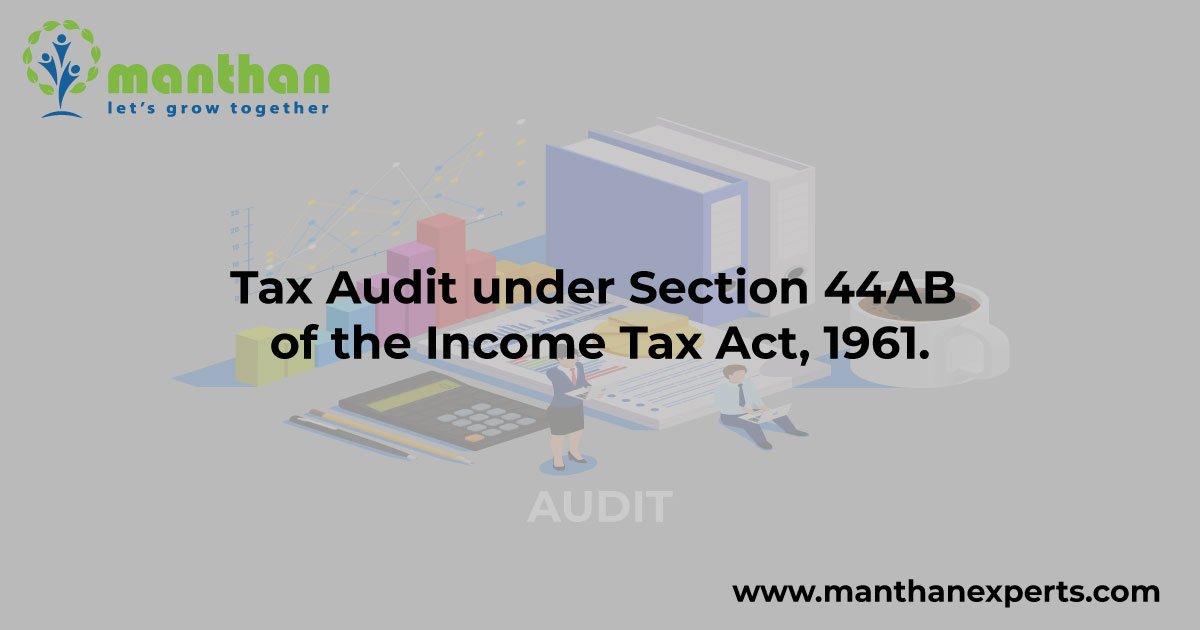 Thus, this article will help you to understand the concept of Tax Audit.

What is a Tax Audit?

The first thing to learn is what a Tax Audit is. So if we talk about Tax Audit in common parlance then it consists of two words that are Tax and Audit.  Whereby Tax is the amount of money in the form of liability that a person has to pay to the tax authorities and Audit is an official inspection of an organization’s accounts by an independent body.

According to section 44AB of the Income Tax Act of 1961, certain categories of individuals as well as certain businesses are liable to get their books of accounts audited by a Chartered Accountant, once turnover of their business exceeds a specific amount.

Thus, we can say tax audit is the method of independent check and verification of the books of accounts of the assessee in order to check whether he has complied with all the taxation provisions or not and that whether he has paid the correct and true amount of tax.

What is the purpose of the Tax Audit under section 44AB of the Income-tax Act, 1961?

These sections basically deal with “Income under the head of business or profession” which is chargeable to tax, how such incomes are computed, various allowances or disallowances and the rate of depreciation on the various assets held by the assessee, deductions for making donations, treatment and tax compliances on borrowed capital, treatment and tax incidence on bad debts, statutory funds, accounting methods and so on.

Therefore, by verifying the books of accounts of the assessee, a Chartered Accountant can find errors or discrepancies in such books if any, and thus can ensure that assessee is disclosing true details and information which he is supposed to do as per the provisions of Income-tax Act.

Applicability of Tax Audit under section 44AB of the Income-tax Act, 1961?

The next key point to learn is the Applicability of Section 44AB of the Income-Tax Act, 1961. Thus, as per the provisions of section 44AB of the Income-tax Act, 1961, Tax Audit is compulsory for certain persons if their “sales/turnover / gross receipts” exceed a certain amount in the relevant year. This categorization on the basis of “sales/turnover / gross receipts” varies from businessmen to professionals. The same is discussed as under:

Every person carrying on business is liable for a Tax Audit if the annual “sales/turnover / gross receipts” exceeds Rs 1 crore in the relevant financial year.

However, with effect from 01.04.2020, the limit of Rs 1 crore is now increased to Rs. 5 crores subject to certain conditions which are:-

(a) Aggregate of all amounts received including the amount received for sales, turnover or gross receipts during the relevant year, in cash, does not exceed five percent of the said amount;

(b) Aggregate of all payments made including the amount incurred for expenditure, in cash, during the relevant year does not exceed five percent of the said payment.

Every person carrying on a profession is liable for a Tax Audit if his gross receipts in profession exceed Rs fifty lakh in the relevant financial year.

Point to Remember – In order to reduce the burden and to provide relief to small tax assessee, the government of India has introduced a presumptive taxation scheme.

Moreover, Assessee adopting the presumptive taxation scheme is not required to maintain regular books of account. They can declare the income at a prescribed rate.

However, if such assessee declares income less than the prescribed rate then he is required to maintain books of accounts and get them audited in accordance with the provisions of section 44AB of the Income-tax Act, 1961.

Who conducts a tax audit?

What is a Tax Audit Report?

The format of the Audit Report is specified by the Income Tax Department with specified particulars.

The form prescribed for audit report in respect of audit conducted under section 44AB of the Income-tax Act, 1961 is Form No.  3CA / 3CB, 3CD and 3CE.

What is the due date of furnishing a Tax Audit Report?

If you have to file a Tax Audit Report then you must know that there is a due date for filing the same. The Chartered Accountant should file the Tax Audit Report in Form 3CA – 3CD or 3CB – 3CD on Income tax Portal on or before 30th September of the relevant assessment year.

In the case of Form 3CE, due to file audit report is 30th November of the relevant assessment year.

What is the Penalty for Non-compliance of Tax Audit?

As we have already discussed that tax audit is a mandatory requirement under the Income-Tax Act therefore you will have to face legal consequences in case of failure. If an assessee fails to get his accounts audited or fails to furnish a report of such audit as required under section 44AB of the Income-tax Act 1961, then lower of the following penalty gets attract

Every assessee who fulfills the requisites of section 44AB has to get his accounts audited to ensure the accuracy of such accounts and to comply with the requirement of tax audit under the same section. If you are also looking for section 44AB requirements then we hope this article would have helped you and in case you are still struggling with the same then you can contact our panel of experts at any time for immediate help.