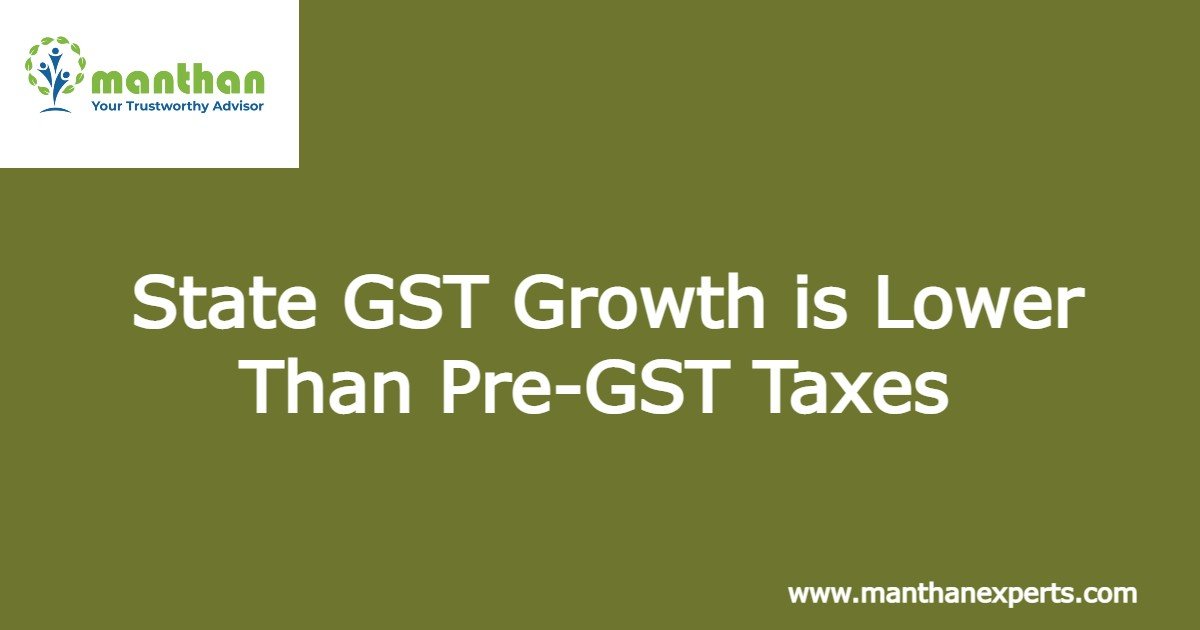 India Ratings and Research, in its latest report has said that the GST implementation did not result in any incremental benefit to the State Own Tax Revenue (SOTR), as the GST in SOTR during FY18-FY21 stood at 55.4 per cent, compared with 55.2 per cent during FY14-FY17 which indicates that the growth in both SGST and non-SGST components of SOTR has been broadly similar.

As per the report the GST collections have been hitting new records of late, the state GST (SGST) growth at an average 6.7 per cent during FY18-FY21 has been lower than the 9.8 per cent growth recorded by the taxes subsumed under GST during FY14-FY17.

It added that until the GST implementation, producing/exporting states besides collecting VAT (sales tax) on the sales within the states used to collect central sales tax (CST) up to 2 per cent on the inter-state sales. Many states were contributing CST more than 4.5 per cent to their SOTR during FY12-FY17. After the GST implementation, the proportion of CST in SOTR declined to 0.95 per cent in FY21 (RE) from 4.16 per cent in FY17.

“Even the integrated GST (IGST) collected by the centre is shared with the state where the goods or services concerned are sold and not where they are produced. Hence, consuming states were expected to do better after the roll-out of GST.”

GST compensation has become such an important source of revenue for states that without it the GST revenue growth of most states will not reach 14 per cent. “It is for this reason that many states are not ready to accept its discontinuation by June 2022 and are demanding an extension,” it further added.