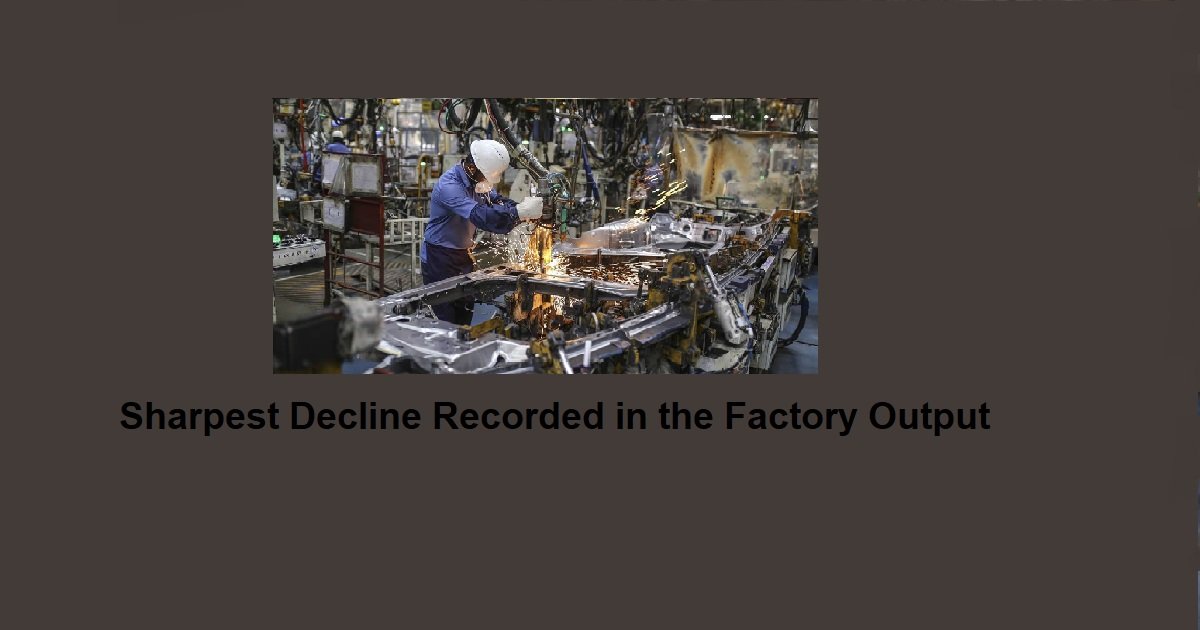 In the month February industrial production has been declined sharply at a rate of 3.6 percent as compared to 0.9 percent in January. Which could impact overall economic growth in Q4 of 2020-21.

As per Index of Industrial Production (IIP) measures, factory output had grown by a 16-month high of 5.2 per cent a year ago, which was the month before lockdown was imposed towards the last week of March, 2020.

The cumulative decline during April-February (2020-21) was 11.3 per cent, compared to a growth of 1 per cent during the same period a year ago.

According to data released by the ministry of statistics and programme implementation, the November and January numbers saw a slight upward revision to (-) 1.6 per cent and (-) 0.9 per cent from (-) 2.1 per cent and 1.6 per cent, respectively.