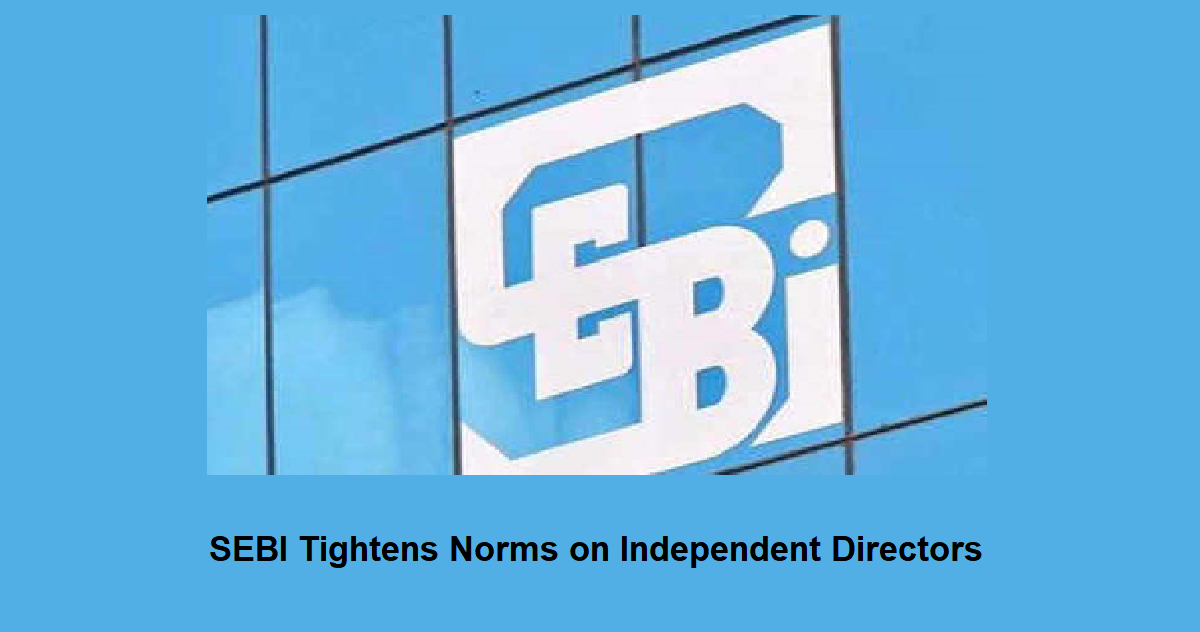 Additionally, nomination and remuneration committee of the board of directors, which decides on appointments and compensation, and the audit committee should have two-thirds independent directors compared to a simple majority now.

The regulator has also elaborated the requirements to be an independent director. Accordingly, among other qualifications, an independent director is a person who is not a promoter or a relative of the promoter of the company, its holding, subsidiary or an associate company. The person should also be qualified to add some value to the company. The person, other than receiving director’s remuneration, should have no other pecuniary relationship with the company during the 2 immediately preceding financial years.

Further, Sebi has introduced a cooling off period of 1 year for an independent director becoming a whole-time director in the same company, holding, subsidiary, associate company or any group company. Whereas, in case of key managerial personnel, their relative, or an employee of the promoter group companies wants to be an independent director, cooling off period should be of 3 years.

However, these changes will be applicable from 1st January 2022.