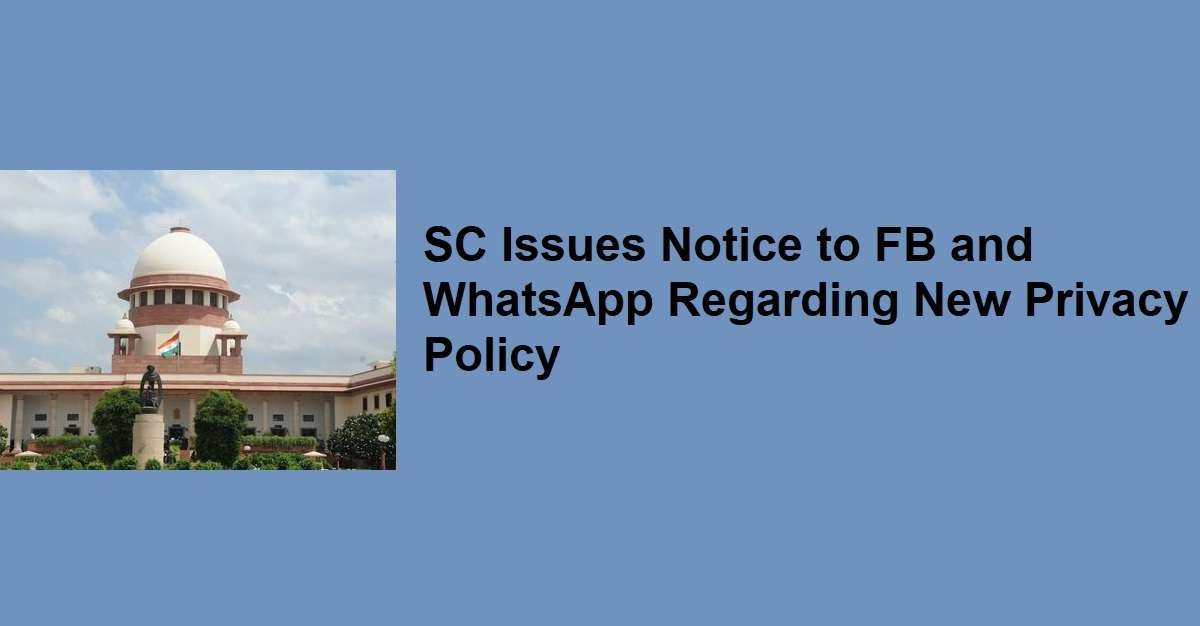 Supreme Court has issued notice to Facebook and WhatsApp over their privacy policy. Soughing the responses from both the tech companies in four weeks, a Bench headed by CJI SA Bobde, the apex court said that people’s privacy must be protected in view of allegations that users’ data is being shared with companies.

On behalf of the petitioner, senior advocate Shyam Divan pointed out that Whatsapp was differentiating between Indian and European users in terms of privacy standards. Divan also alleged that huge metadata was being shared for profit.

However, WhatsApp has already announced a delay of three months for the implementation of its new privacy policy that has caused concerns among millions of its users.