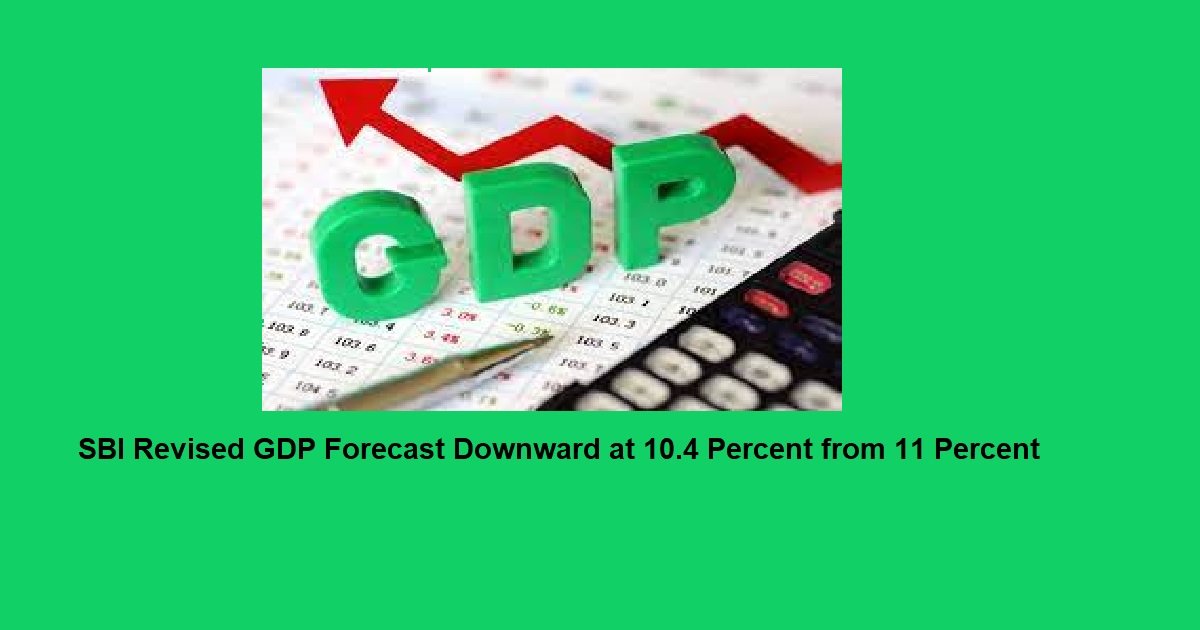 The State Bank of India (SBI) research has revised India’s F.Y. 22 growth to 10.4 percent from earlier projection of 11 percent. Whereas nominal GDP growth to 14.3 percent from 15 percent.

Current projection is substantially below 0.7 percent of Gross Domestic Product (GDP) or Rs 1.5 lakh crore of approximate loss due to the COVID second wave of pandemic.

While several indicators demonstrated improvements in March, the SBI dipped to a five-month low to 86.3 for the week ended 19th April.

Further, many rating agencies have also slashed GDP growth. India Rating and Research has revised down its forecast to 10.1 percent from earlier projection of 10.4 percent.

Two day ago, CARE Rating Agency had also projected India’s GDP at 10.2 percent, stating we have revised our forecast for F.Y. 22 as condition have changed rapidly in the last 30 days.

However, on 24th March, it had projected GDP growth between 11-11.2 percent based on Gross Value Added (GVA) growth of 10.2 percent.