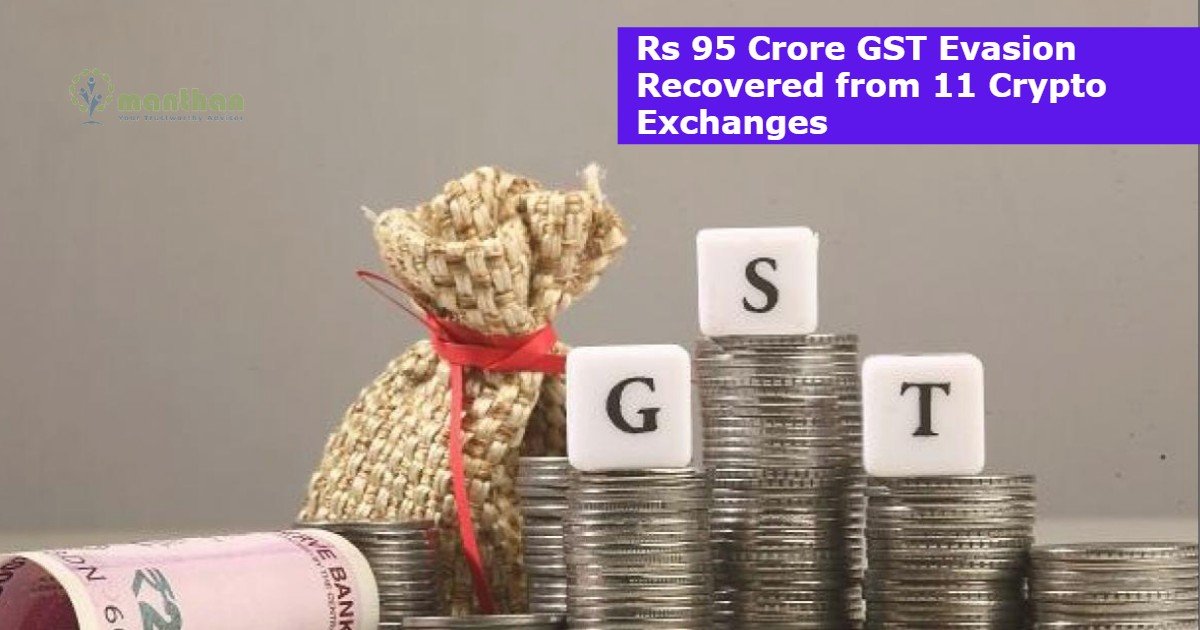 The Central government has informed in the parliament that it has recovered recovered around Rs 95.86 crore from at least 11 crypto exchanges for evading goods and services tax (GST).

In Lok Sabha, minister of state (MoS) for finance said 11 cases of GST evasion by cryptocurrency exchanges have been detected by central GST formations. As the department had observed that the exchange used to collect revenue from commission as trading fees, deposit fees and withdrawal fees.

Crypto exchanges are under taxmen’s radar from which the GST investigation department has detected a total tax evasion of Rs 81.54 crore. Besides, GST officials have been investigating business transactions related to e-commerce, online gaming and non-fungible tokens to identify the areas of tax evasion.

The highest amount evaded is Rs 40.5 crore by Zanmai Labs, which operates as WazirX. The total recovery was about Rs 49.18 crore from the exchange, which includes interest and penalty.

Coin DCX was the second-largest evader with Rs 15.70 crore followed by CoinSwitch Kuber (Rs 13.76 crore) and Giottus Technologies (Rs 3.85 crore). These exchanges paid back Rs 16.07 crore and Rs 3.50 crore, respectively, including interest and penalty, according to the minister’s reply.

However, in this regard a company spokesperson said “Zanmai Labs has been diligently paying crores in GST every month. There was an ambiguity in the interpretation of one of the components, which led to a different calculation of GST paid. However, we voluntarily paid additional GST in order to be cooperative and compliant. There was and is no intention to evade tax.”