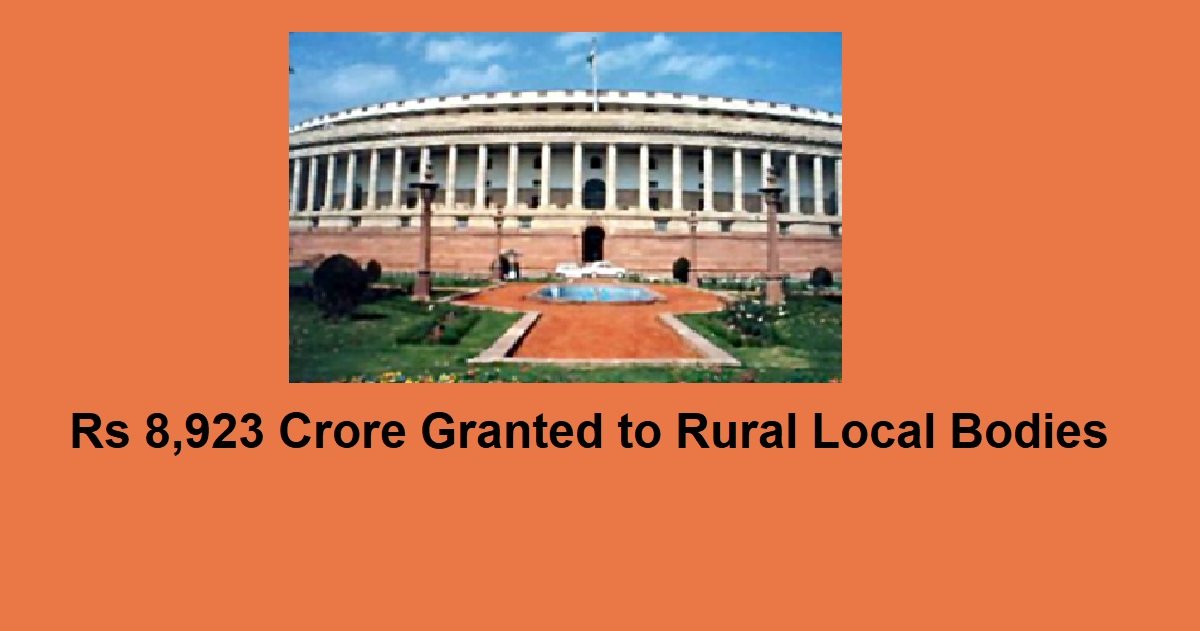 The Ministry of Finance has informed that it has released Rs 8,923.8 crore to 25 states to provide grants to the Rural Local Bodies (RLBs).

It is the first instalment of the ‘United Grants’ for the year 2021-22 meant for all the three tiers of Panchayati Raj Institution, namely village, block and district.

However, as per 15th Finance Commission recommendation it was to be released in June 2021, but in view of the Covid pandemic, the Centre decided to release the grant in advance.

Further, government had imposed condition for release of united grants which include online availability of accounts of a certain percentage of RLBs in the public domain. Whereas, taking into considerations the current scenario this condition has been waived for the release of the first instalment of united grants.