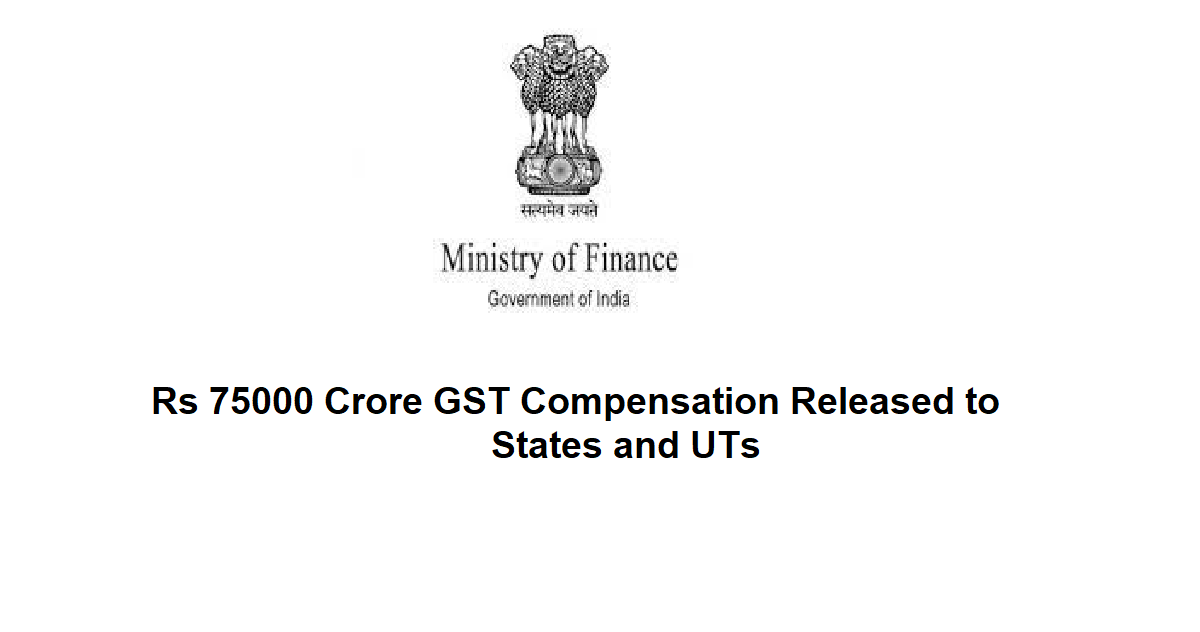 Ministry of Finance has released Rs 75000 crore to the states and UTs with Legislature under the back-to-back loan facility in lieu of GST Compensation to meet the resource gap due to the short release of Compensation on account of inadequate amount in the Compensation Fund.

The release being made now is funded from borrowings of Government of India (GoI) in 5-year securities, totalling Rs 68,500 crore and 2-year securities for Rs 6,500 crore issued in the current financial year, at a Weighted Average Yield of 5.60 and 4.25 percent per annum respectively.

Almost 50 percent of the total shortfall for the entire year has been released today in a single instalment. The balance amount will be released in the second half of 2021-22 in steady instalments.

The sum total of Rs 2.59 lakh crore is expected to exceed the amount of GST compensation accruing in FY 2021-22.