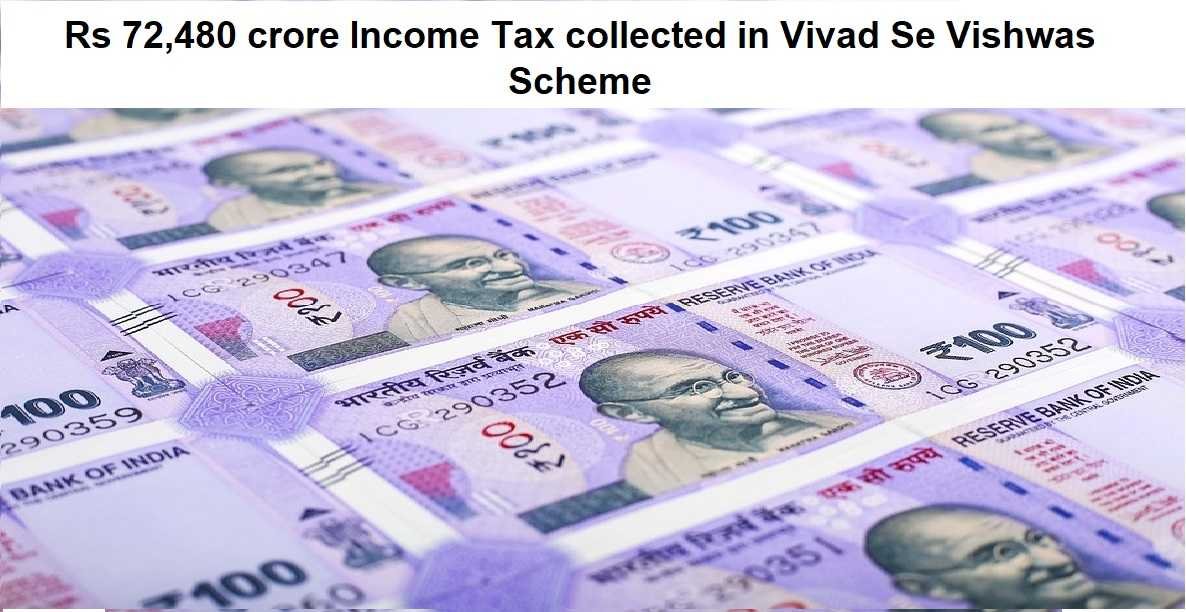 So far tax of Rs 72,480 crore has been paid by the taxpayers against the disputed demand under the Vivad Se Vishwas scheme.

As per the source the government has collected Rs 72,480 crore against the dispute demand through the direct tax dispute resolution scheme Vivad Se Vishwas. A total of 45,855 declarations have been filed under the scheme, involving disputed tax demand of Rs 31,734 crore till November 2017.Central Public Sector Companies (CPSC) are also settling their disputes amounting Rs 1,00,195 crore.

Declarations have to be filed by 31st December, 2020. However, keeping in view the COVID 19 pandemic the government had last month extended the deadline for the third time for making payment under the Vivad Se Vishwas Scheme by three months to March 31, 2021.