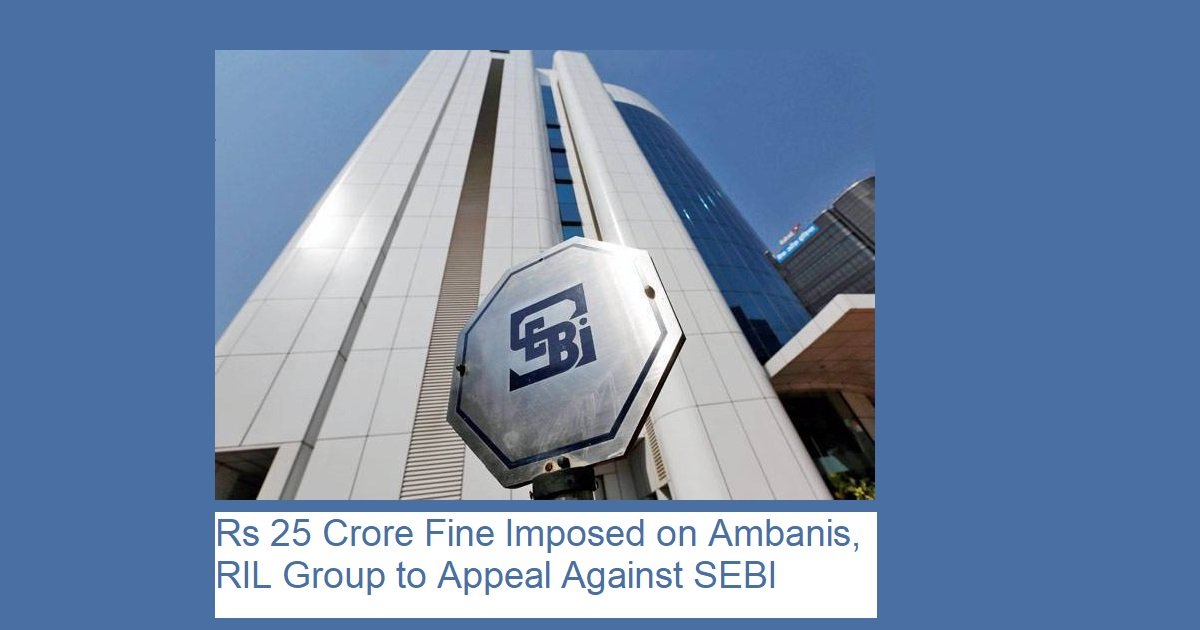 Securities & Exchange Board of India (SEBI) has imposed a fine of Rs 25 crore on current and former promoters of Reliance Industries Ltd (RIL), including Mukesh Ambani, Anil Ambani, Nita Ambani, Anil Ambani, Tina Ambani, KD Ambani with other individuals and entities for non-complying with takeover rules dates back to 2000.

According to the 85-page SEBI order, RIL promoters and Persons Acting in Concert (PAC) failed to declare the acquisition of more than 5 percent stake in the company back in 2000.

As per the SEBI rules, a promoter group that wishes to acquire more than 5 percent of the voting rights in a given financial year, needs to make an open offer to the minority shareholders.

However, RIL promoter group is to appeal against the penalty. “The promoter and promoter group have informed RIL that there has been no violation of Regulation 11(1) of the SEBI Takeover Regulations and they have complied with applicable laws; and an appeal will be preferred to the Securities Appellate Tribunal and they remain confident of vindicating their position,” RIL said in stock exchange filings.

Government Introduces Pre-Packaged Insolvency Resolution for MSMEs to Save Jobs