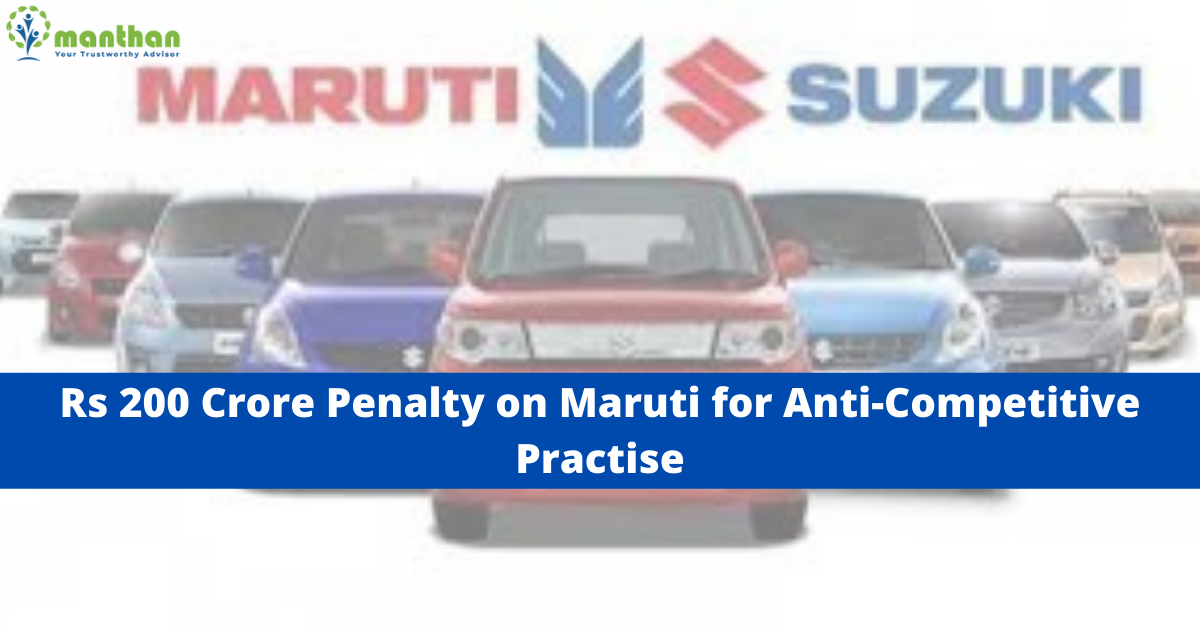 The Competition Commission of India (CCI) has imposed a monetary penalty of Rs 200 crore as well as a cease-and-desist order on Maruti Suzuki India Limited (MSIL) against anti-competitive conduct of Resale Price Maintenance (RPM) in the passenger vehicle segment by way of implementing Discount Control Policy (DCP).

CCI found that MSIL had an agreement with its dealers whereby the dealers were restricted from giving extra discounts, freebies, etc. to the consumers beyond what were permitted by MSIL.

Any dealer found violating such DCP was threatened with stopping of supply, imposition of penalty upon the dealership, including its individual persons, Direct Sales Executive, Regional Manager, Showroom Manager, Team Leader, etc.

However, such conduct of MSIL which resulted in an appreciable adverse effect on competition within India was found by CCI to be in contravention of the Competition Act, 2002.