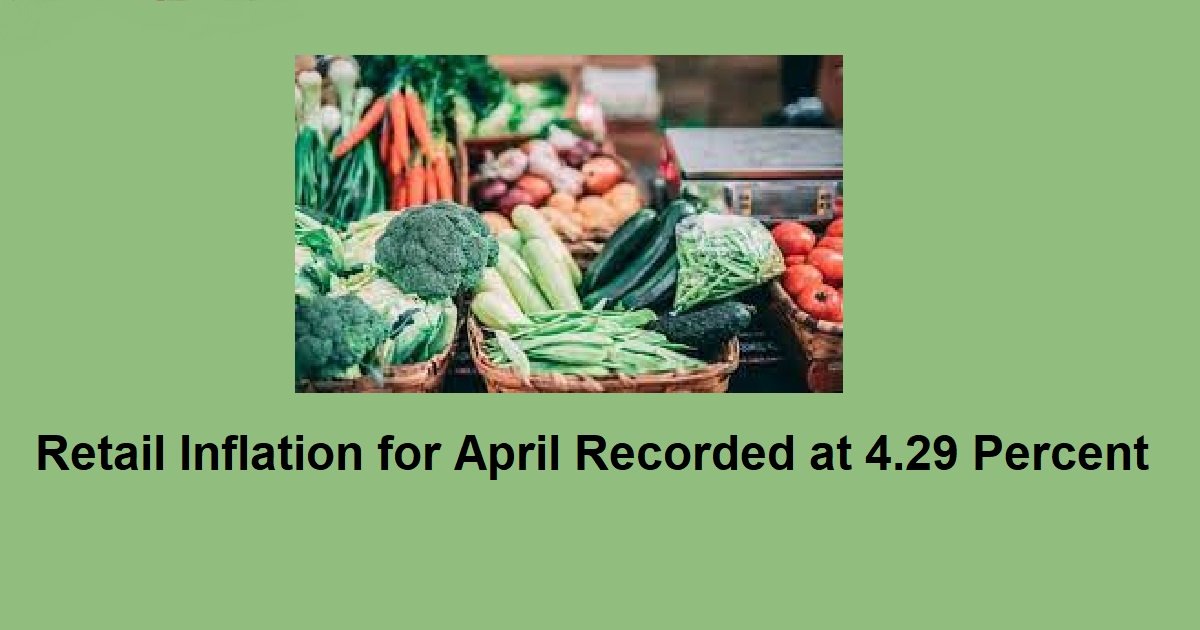 The Ministry of Statistical and Programme Implementation (MoSPI) has released data clarifying that India’s retail inflation, measured by the Consumer Price Index (CPI) has eased to 4.29 percent in the month of April.

As per the data, the Index of Industrial Production (IIP) has grown 22.4 percent in March. Inflation in food was 2.02 percent in April down from 4.87 percent in the March.

However, this is the fifth consecutive month the CPI data has come within the RBl’s upper margin of 6 percent. As at the end of March, the government asked the RBI to maintain retail inflation at 4 percent with a margin of 2 percent on either side for another five-year period ending March 2026.