RBI has released a comprehensive framework for banks following the announcement made on 4th December, 2020, in the ‘Statement on Developmental and Regulatory Policies’.

RBI had announced that a framework will be put in place during January 2021. Accordingly, it has issued a framework which comprises:

(i) Enhanced disclosures on complaints to be made by the banks;

(ii) Recovery of the cost of redress of maintainable complaints from the banks against whom the number of complaints received in the Offices of Banking Ombudsman (OBOs) are in excess of their peer group averages; and 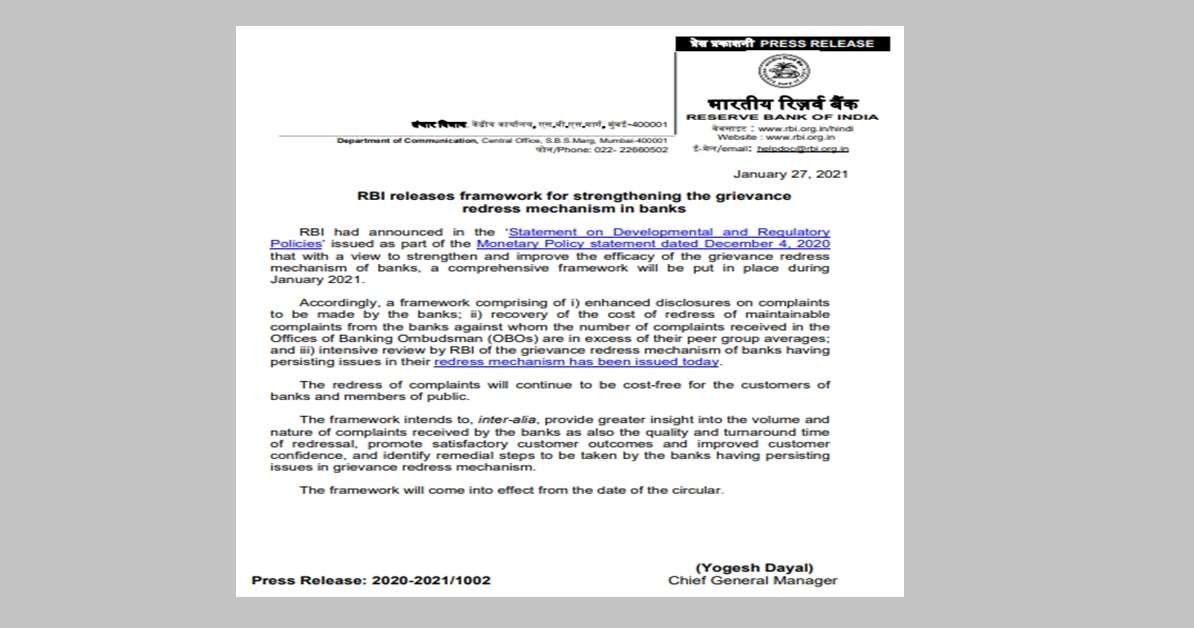