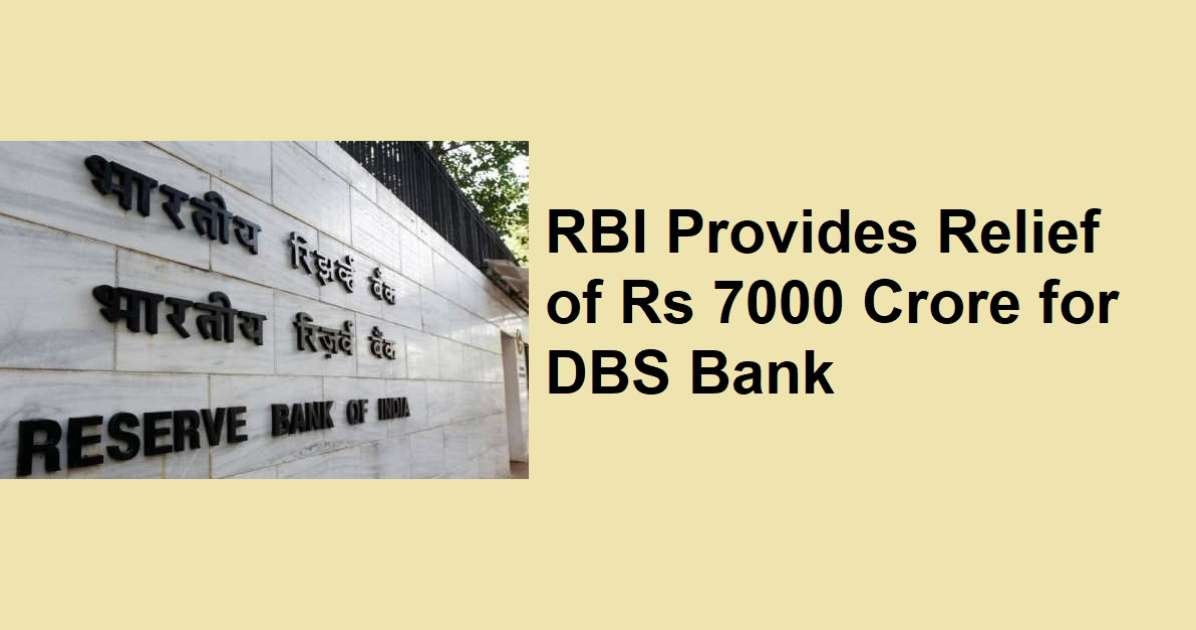 As per the report, the Reserve Bank of India (RBI) is said to have extended nearly Rs 7,000 crore in special liquidity assistance to DBS Bank India Ltd to meet its short-term funding needs in order to the acquisition of the struggling Lakshmi Vilas Bank.

These funds will be used to manage the mismatch arising out of the Lakshmi Vilas Bank’s assets and liabilities as the customers of the failed bank withdraw some funds or shift from short to long-term deposits or otherwise, said people familiar with the matter.

However, the funding is for the short term, it may have been charged interest rates close to or linked to the repo rate, at which the RBI usually lends to banks, as the situation at DBS may have arisen due to the takeover of the struggling bank rather than its own financial position.

The withdrawals started in December and continued in January. It was persistent with a few hundred crores going out, which impacted the bank’s liquidity coverage ratio and forced them to tap the RBI window,’ said a person associated with the lender.