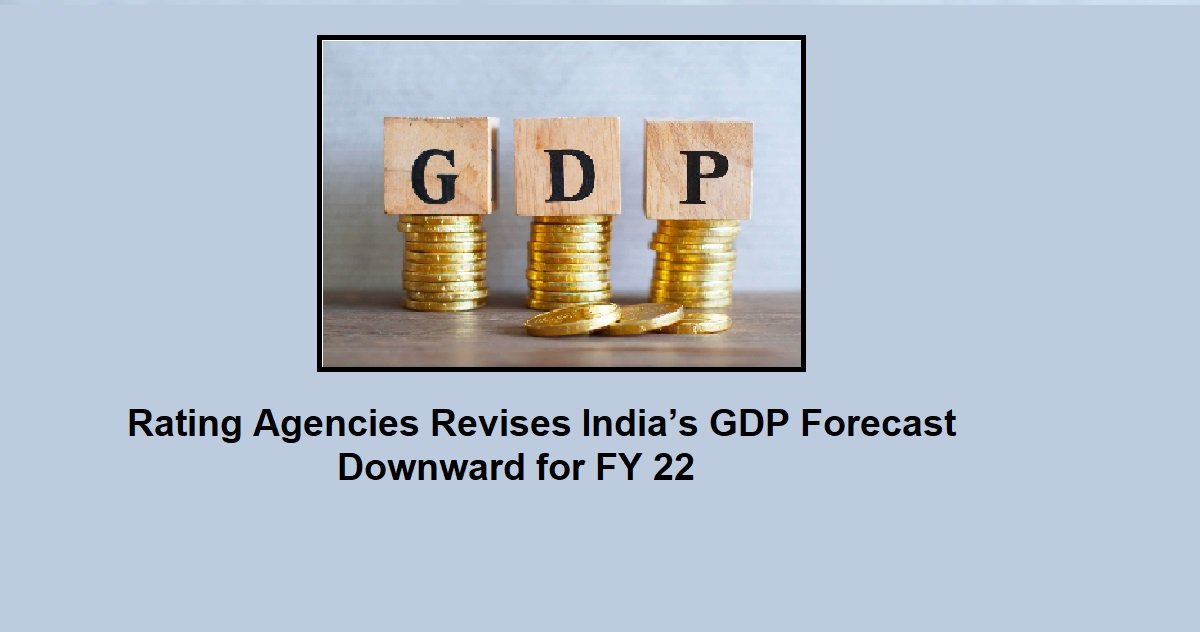 Japanese brokerage Nomura has revised its estimate for the current 2021-22 fiscal from the earlier 12.6 percent to 10.8 percent.

As per Moody’s Investors, India’s GDP growth forecast is placed at 9.3 percent instead of 13.7 percent as projected earlier.

Rating Agencies have cut its GDP growth estimate due to second wave of COVID pandemic, it reflects a larger lockdown led loss in the June quarter.

However, some analysts have warned that the growth may come down to as low as 8.2 percent if the second wave beaks in June.