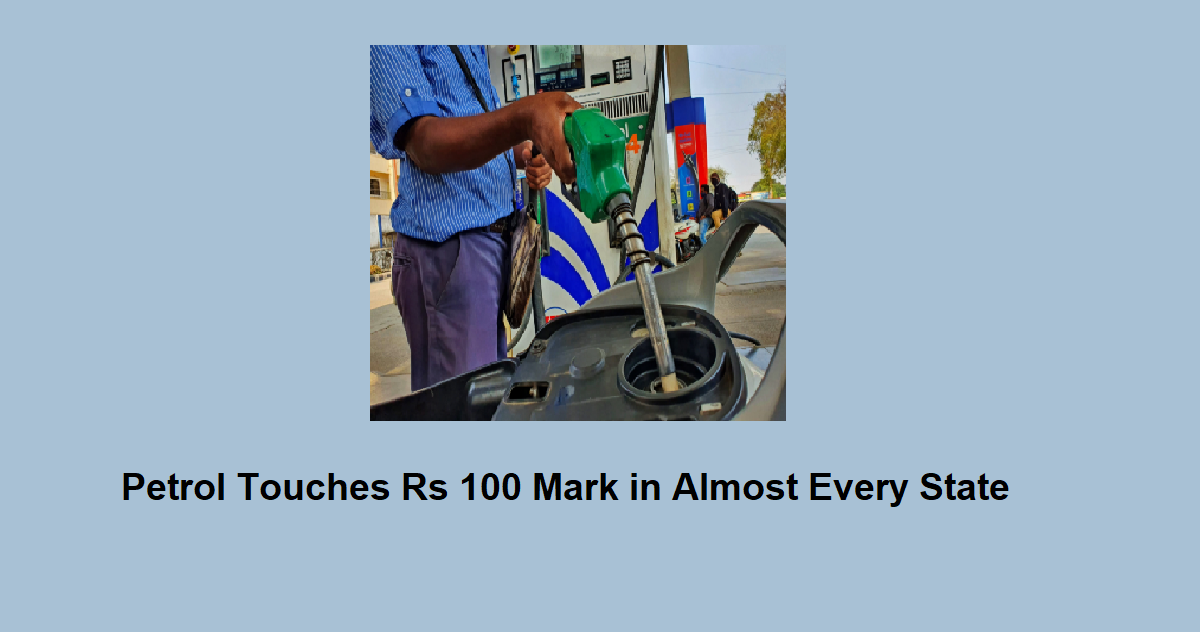 Petrol prices after a fresh hike on 22nd June has now reached closer to the Rs 100 mark in other states also, where it hasn’t crossed yet. Now petrol prices have come closer to Rs 100 in the national capital too. Petrol is now retailing at Rs 97.50 per litre while diesel at selling at Rs 88.23 per litre.

However, petrol prices crossed the Rs 100 mark in Mumbai on 29th May. Currently, in Mumbai, petrol costs Rs 103.63 per litre while diesel is priced at Rs 95.72 a litre, the highest among metro cities.

Petrol prices in three other metro cities except Mumbai have also reached closer to Rs 100 per litre mark. Oil marketing companies’ officials have informed that if international oil prices continued to firm up, this mark could also be breached in other places by month-end.

With this fresh price hike, fuel prices have now increased on 28 days and remained unchanged on 25 days since 1st May. The increase has taken up the petrol price by Rs 7.11 per litre and diesel price by Rs 7.50 per litre in Delhi.

Further, as global crude prices rising on a pickup demand and depleting inventories of the US, retail prices of fuel in India is expected to firm up further in the coming days.

FDI in India has Increased 27%: Ranked 5th in the World