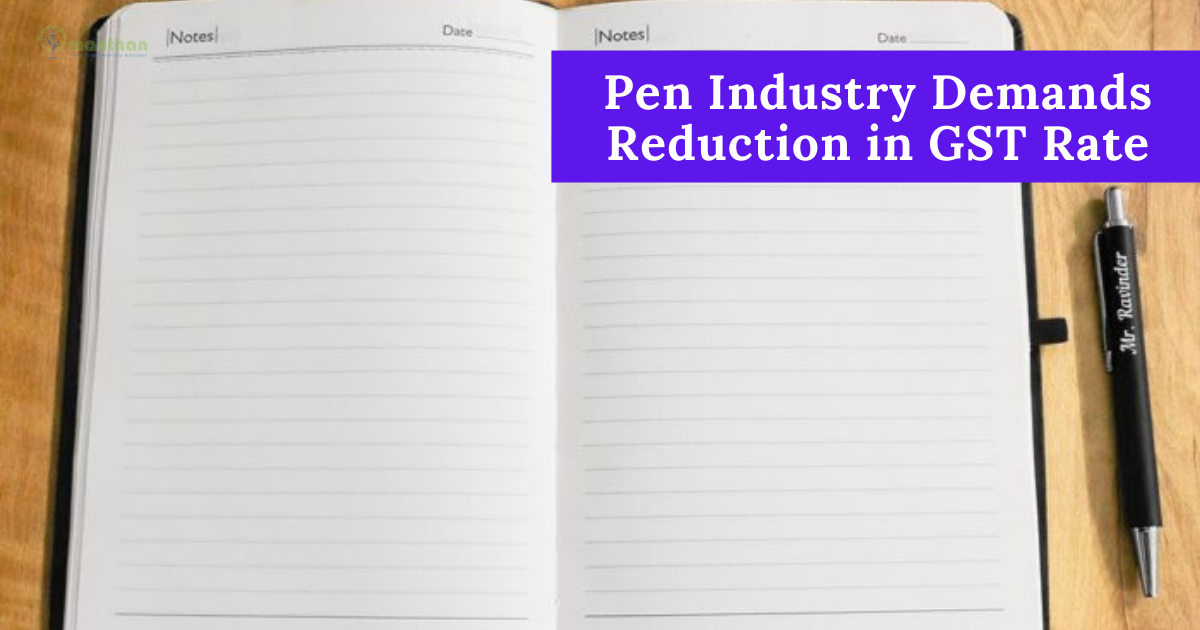 Pen maker have demanded a reduction in GST against the government’s recent decision to impose 18% GST on all pens from beginning October 2021. While, earlier, a GST rate of 18% was applied only on fountain pens and stylograph pens, while ballpoint pens were taxed at 12%.

From now, all pens, including ballpoint, felt-tip, other porous tip pens, markers, pen holders, pencil holders, and similar holders, including caps and clips, now come under the 18% GST category. Industry trackers say that low-cost pens have high price elasticity and the slightest increase in cost results in disproportionate reduction in sales.

“The pen industry has been badly hit during the pandemic and has not recovered, as schools and offices are not yet fully operational,” said Rajesh Rathod, president of Writing Instruments Manufacturing Organisation (India). “This additional tax burden will give further irreversible pain to the Indian      manufacturers.”3

“It is hoped that the GST Council brings the rate on pens at par with pencils (12%) which will relieve the pain of both manufacturers and students,” Rathod added.

GOM to Suggest Mechanism to Eliminate Fake ITC under GST