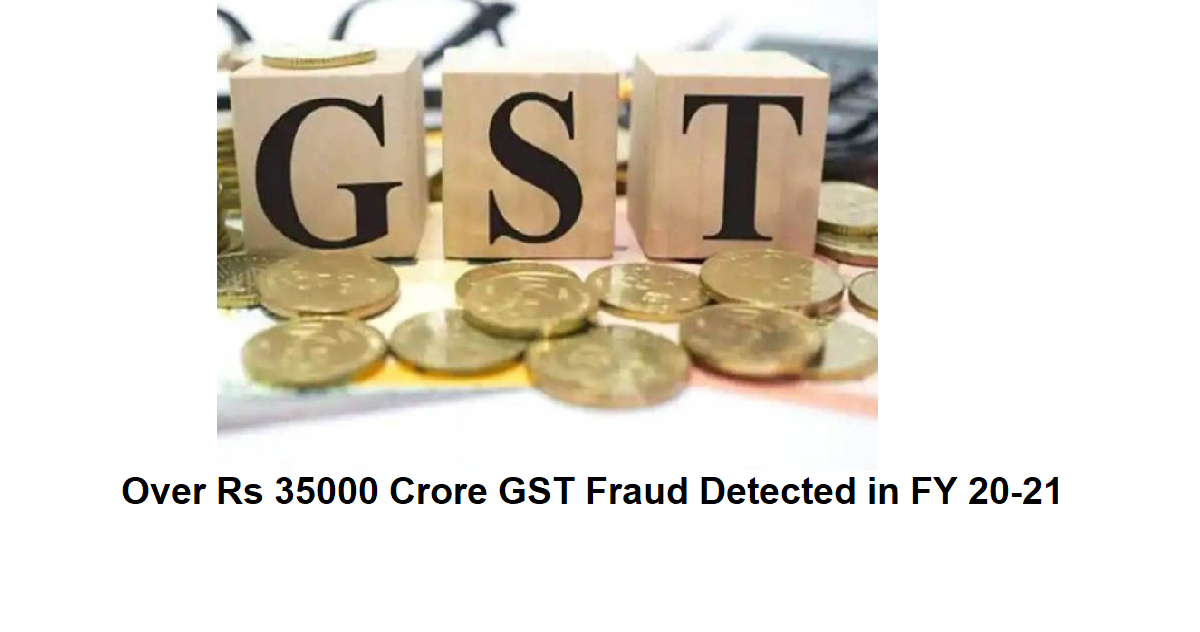 The CGST zones and the Directorate General of GST Intelligence (DGGI) under the Central Board of Indirect Taxes and Customs (CBIC) have booked about 8000 cases involving fake ITC of over Rs 35000 crore during the financial year 2020-21.

In this nationwide drive against unscrupulous entities, CBIC have detected more than 500 cases involving 1200 entities and arresting 24 persons during the current financial year. The number of arrests made by officers of CBIC is one of the highest in recent times.

Further, the enforcement drive against the fake invoice fraudsters and other GST evaders is likely to intensify with an objective to catch and book unscrupulous elements engaged in illegal activities to defraud the government exchequer.

Apart from cases of fake ITC the DGGI and other CGST formations have also detected GST evasion involving misclassification, undervaluation and clandestine supplies of goods and services.