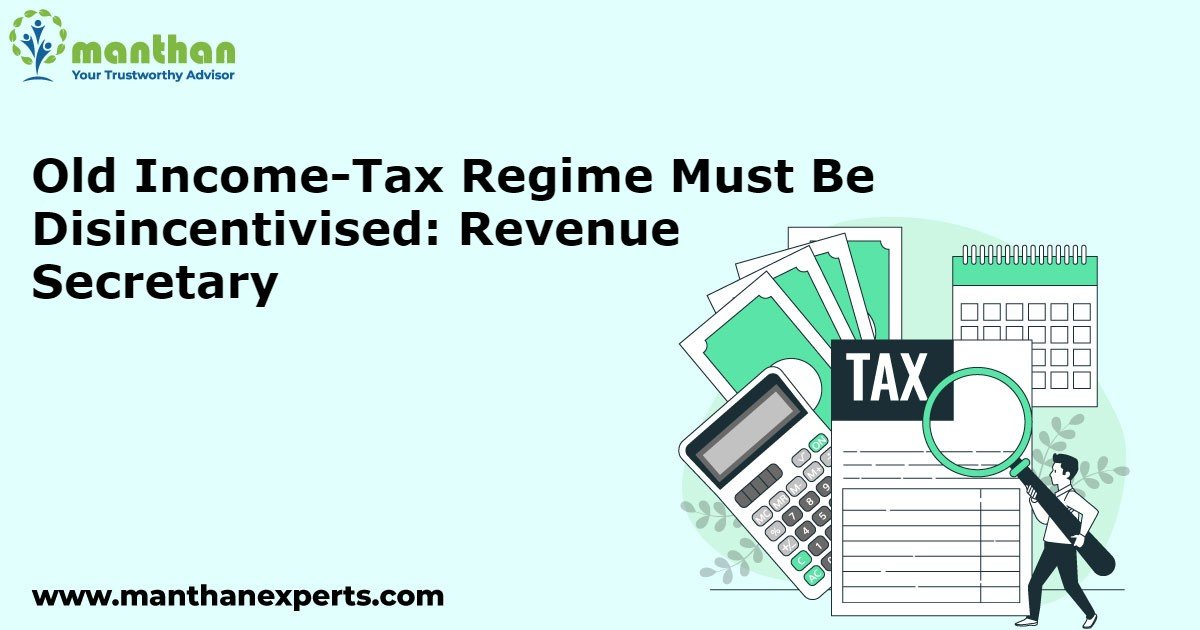 Revenue Secretary Tarun Bajaj has said while addressing the 2nd TIOL National Taxation Awards 2021 & TIOL Tax Congress in the National Capital that the old income tax regime must be disincentivised with a view to encourage more people to opt for the new income-tax regime.

In Union Budget 2020-21, the government had introduced ‘a new and simplified personal income tax regime ‘ where income tax rates were significantly reduced for individual taxpayers who forgo certain deductions and exemptions like standard deduction and 80C benefits.

Bajaj said the government came up with a regime to lower personal income tax. “But very few would have taken it because if I find that I have to pay lesser tax by even Rs 50 in a particular regime, I’ll adopt that regime.”

The Secretary noted that for Rs 8-8.5 lakh of income, people in India have to pay no taxes if they take the benefits of 80C, standard deduction and some other benefits. “So, the new regime will not take over unless we disincentivised old regime and incentivise the new regime with no exemptions. And unless we do that, we will not be able to simplify the tax rates.