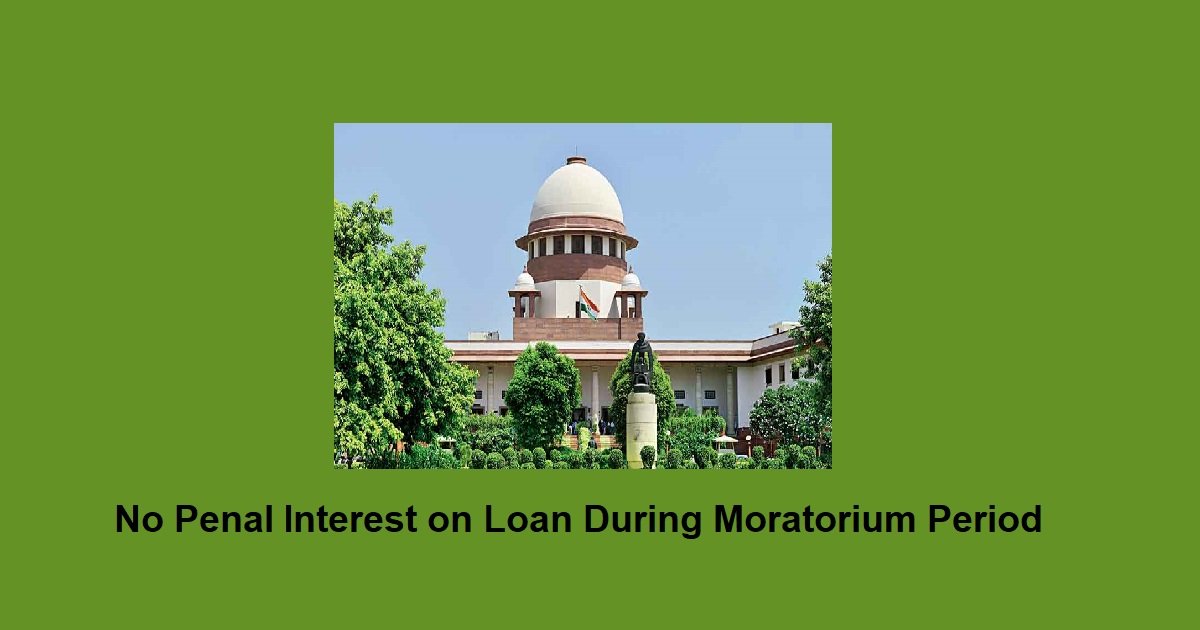 The Supreme Court has rejected the pleas from various trade associations and corporate bodies to extend the six-month loan moratorium period offered by the Reserve Bank of India (RBI).

However, in order to give the relief to the borrowers, the apex court directed that there shall be no interest on interest or penal interest on any amount during the loan moratorium from any borrower. It further said that the amount already charged shall be credited or adjusted.

Keeping in view the COVID pandemic, the RBI had earlier, allowed a moratorium on payment of instalments of term loans falling due between 1st March and 31st May, 2020, later it was extended till 31st August, 2020.

Further, it had also allowed lenders to undertake a one-time loan restructuring without classifying them as non-performing assets (NPAs) till 31st August, 2020. The Centre had then waived the compound interest charged on certain categories of loans up to Rs 2 crore.

Several trade associations and badly affected sectors, including power and real estate, had moved the Supreme Court demanding an extension and other reliefs.

The top court said granting relief such as an interest waiver or extension of a loan moratorium can have far-reaching consequences for the economy. It also said the government and central bank decide on economic policy based on expert opinion and that the court cannot be expected to have economic expertise, and thus cannot decide on the soundness of the economic policy.