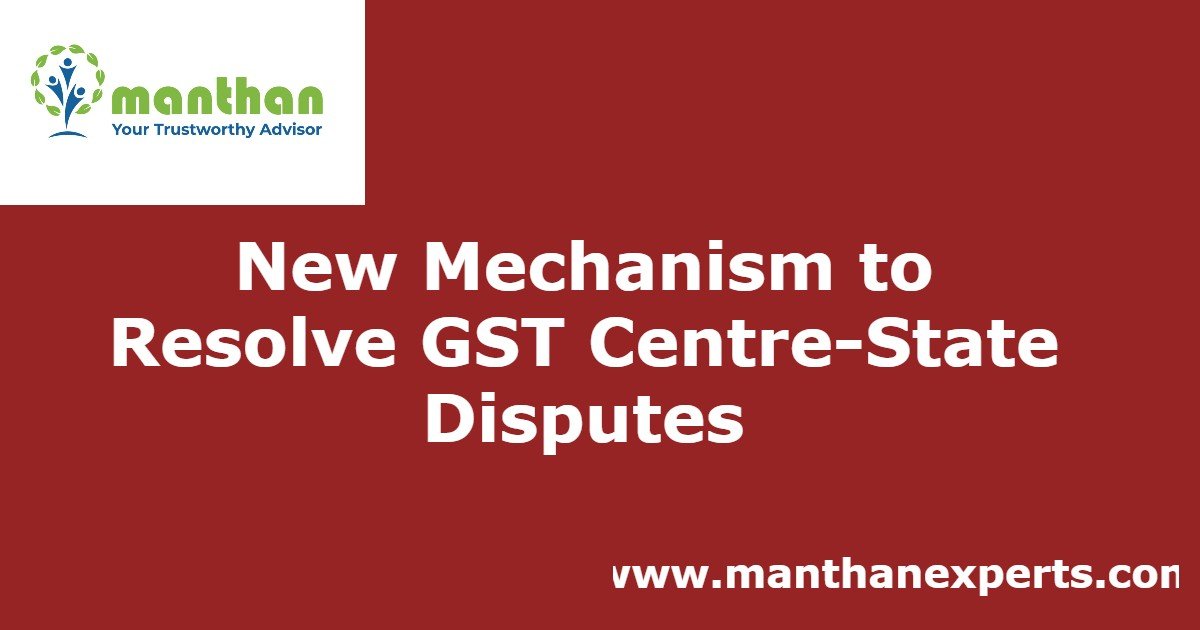 The Finance Ministry is planning to frame a mechanism regarding Goods and Services tax (GST) disputes with states. In order to resolve such dispute such issue will be discussed during the GST Council meeting in June, a media report said.

As per ET report, the ministry is working on the procedures of the dispute resolution mechanism as some of the states have been demanding. A panel with representatives from states, central government and independent legal experts to discuss implications, will be formed. Detailed guidelines will be in check prior to that to know which cases can be referred to the Dispute Redressal Bench, once the draft is ready, it will be taken up to the Council.

The development came after the Supreme Court on 19th May ruled that recommendations made by the GST Council are not binding on the Centre and the states. The ruling in a case relating to the levy of integrated GST on ocean freight imports has sparked greater urgency to the search for a dispute settlement mechanism. “GST Council is a product of collaborative discussion. It is not imperative that federal units must always possess a higher share,” the apex court had said.