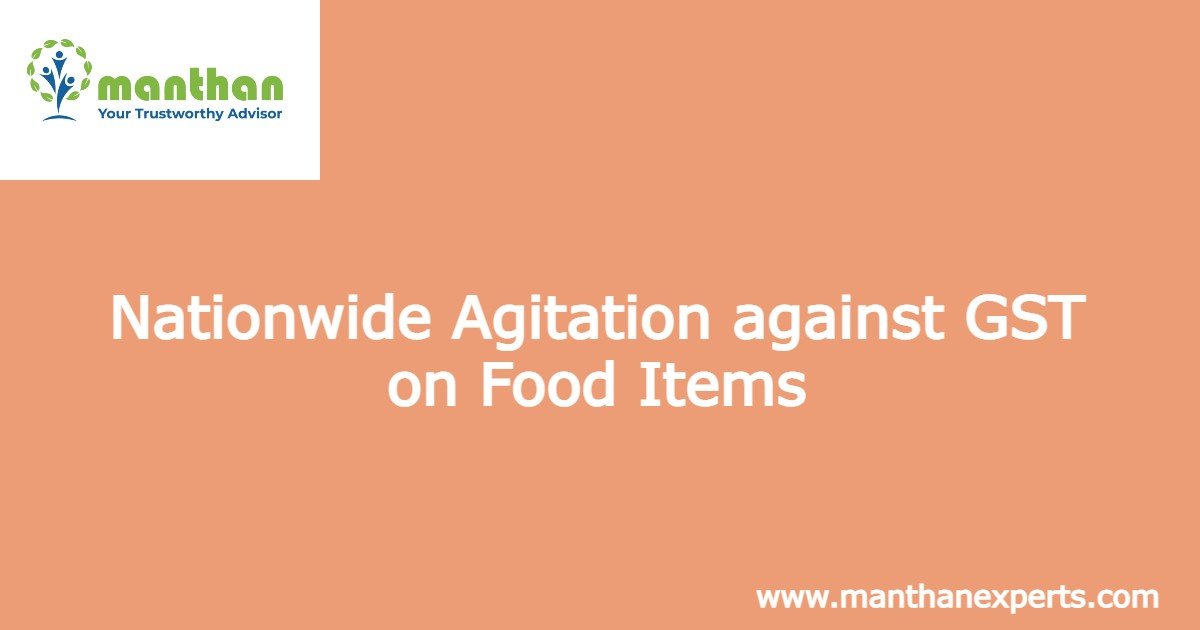 Maharashtra Chamber of Commerce Industries and Agriculture (MCCIA) president Lalit Gandhi has informed that a nationwide agitation will be launched against imposing 5 % GST on pre-packaged non-branded food items. Traders and industrial orgainsation across the state have also demanded of 5% GST on such food items.

Gandhi said, “Industrial and trader organizations across the country are united on the issue. Formal announcement of agitation will be made at convention of trader and industrial organizations from 28 states scheduled in Bhopal on July 26”.

Gandhi has also pointed that while the Centre has adopted new policy towards the Agricultture Produce Market Committee (APMC), the state government has taken an opposite decision. “Imposing tax on goods brought in Maharashtra from other states is against the natural justice. Moreover, APMC should have no right to levy taxes on businesses outside its area.” “Imposing GST on essential commodities would further increase inflation. Farmers, common consumers and small traders would be affected by this decision,” he added.

Government In No Mood to Extend ITR Filing Due Date