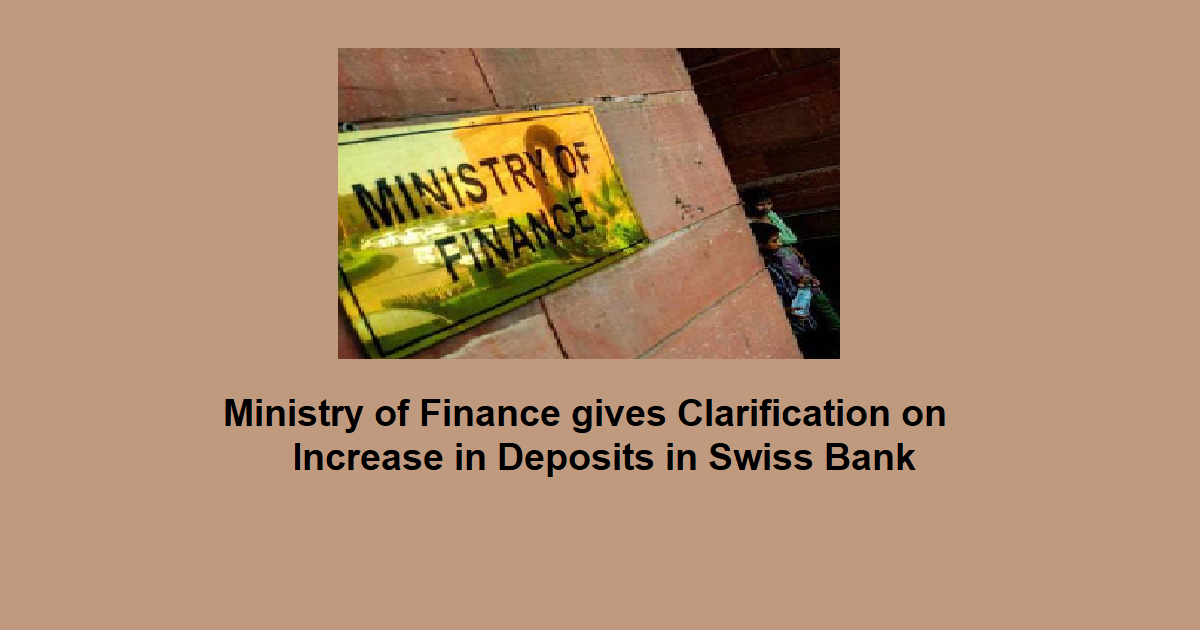 The finance ministry has clarified that there is no major chance of an increase in black money flow to Swiss banks.

“In view of the existing legal arrangement for exchange of information of financial accounts, there does not appear to be any significant possibility of the increase of deposits in the Swiss banks which is out of undeclared incomes of Indian residents,” the ministry said in a statement. While, the Swiss authorities have been requested to provide the relevant facts along with their view on possible reasons for the increase or decrease in the assets held in the light of the media reports.

The explanation comes after media reported that deposits by Indian individuals and firms in Swiss banks, including through India-based branches and other financial institutions, jumped to 2.55 billion Swiss francs or over Rs 20,700 crore in 2020 from Rs 6,625 crore at the end of 2019.