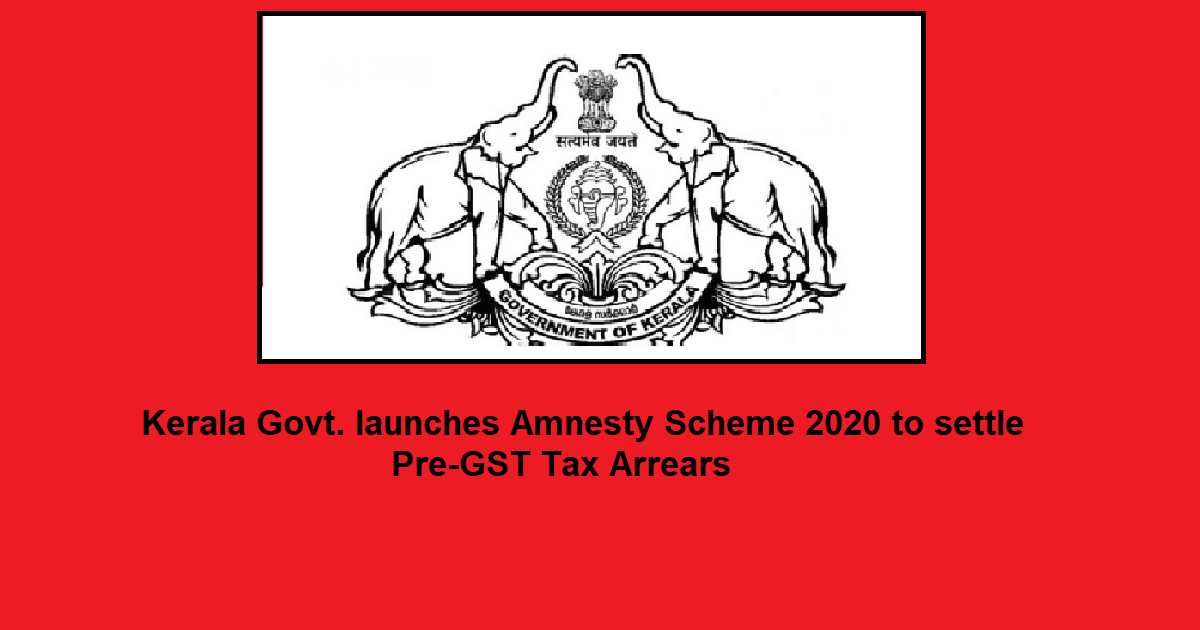 The Kerala Government has introduced the Amnesty Scheme, 2021 to settle pre-GST Tax Arrears through the Kerala Finance Bill, 2021. The Government has unveiled an amnesty scheme to settle outstanding tax dues about the period before the introduction of the Goods and Services Tax to clear the backlog of arrear demands. The new amnesty scheme has been announced to provide mutual benefit both to the taxpayer and the revenue to clear all dues which were not settled in the earlier announced amnesty scheme. The amnesty scheme shall apply to the outstanding dues under the following legacy statutes stands modified with certain conditions;

Key Highlights of the Amnesty Scheme, 2021

The arrears for the purpose of settlement under this scheme shall be calculated as on the date of submission of option. The person who have opted for amnesty schemes earlier, but could not settle the arrears, can also opt under this scheme