Due to Covid-19 pandemic, Indian workers in Saudi Arabia lost their jobs. Their work permits expired, left no choice than begging. 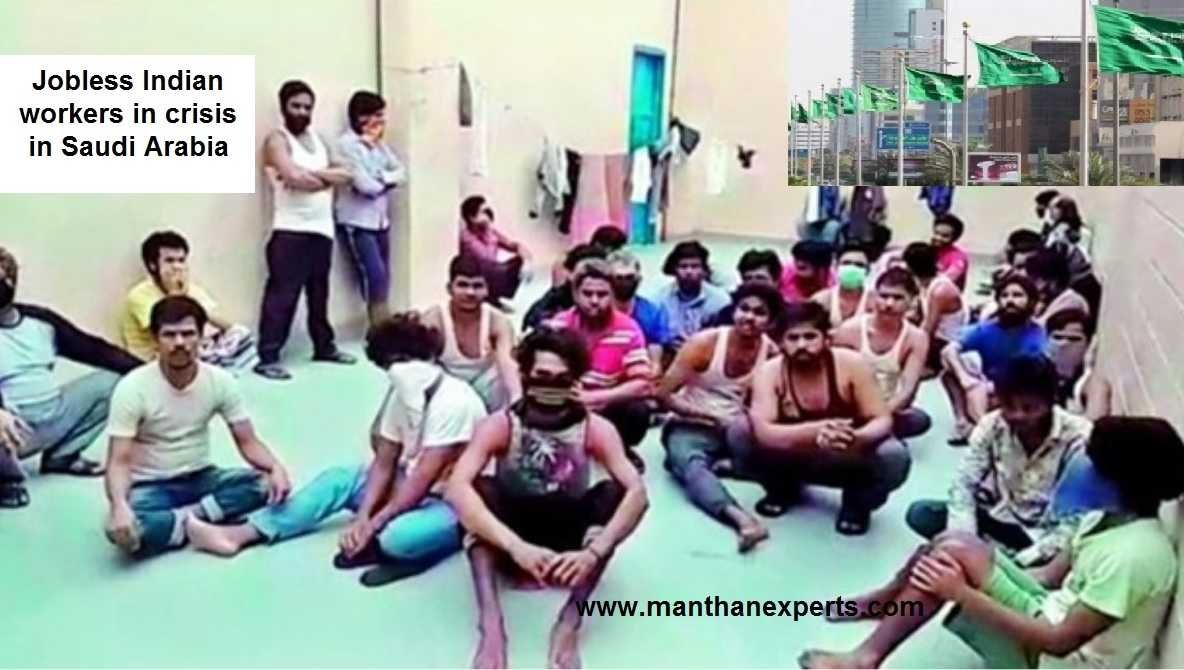 Jobless Indian Workers, Ongoing COVID-19 pandemic has globally made unemployment the biggest worry along with health. 450 Indian workers mostly from Bihar, Haryana, Andhra Pradesh, Utter Pradesh, Telangana, Jammu and Kashmir, Karnataka, Punjab and Maharashtra have been detained by Saudi Arabia authority and shifted to the Shumaisi detention centre in Jeddah. Their only crime was unemployment which forced them to beg.

Many workers, who broke down, said they were caught in a hopeless situation. “we have not committed any crime. We were forced to beg because of our situation as we lost our jobs. Now, we are languishing in the detention centres”, a worker complained.

Another said they were going intolerable level of hardship for more than four months. “we have seen workers from Pakistan, Bangladesh, Indonesia and Sri Lanka being helped by the authority of their countries and sent back to their respective countries. However, we are stuck here,” a worker rued.

Indian as well as Saudi Arabia authorities have been informed of the plight of 450 Indian workers and urged the centre to help the worker’s return to India.

Source: Want to be sent back to India: 450 Indian workers forced to beg in Saudi Arabia, says report

6.6 Million Professionals Lost Their Jobs Due to Covid-19,

Economic Recession Knocking At Our Door