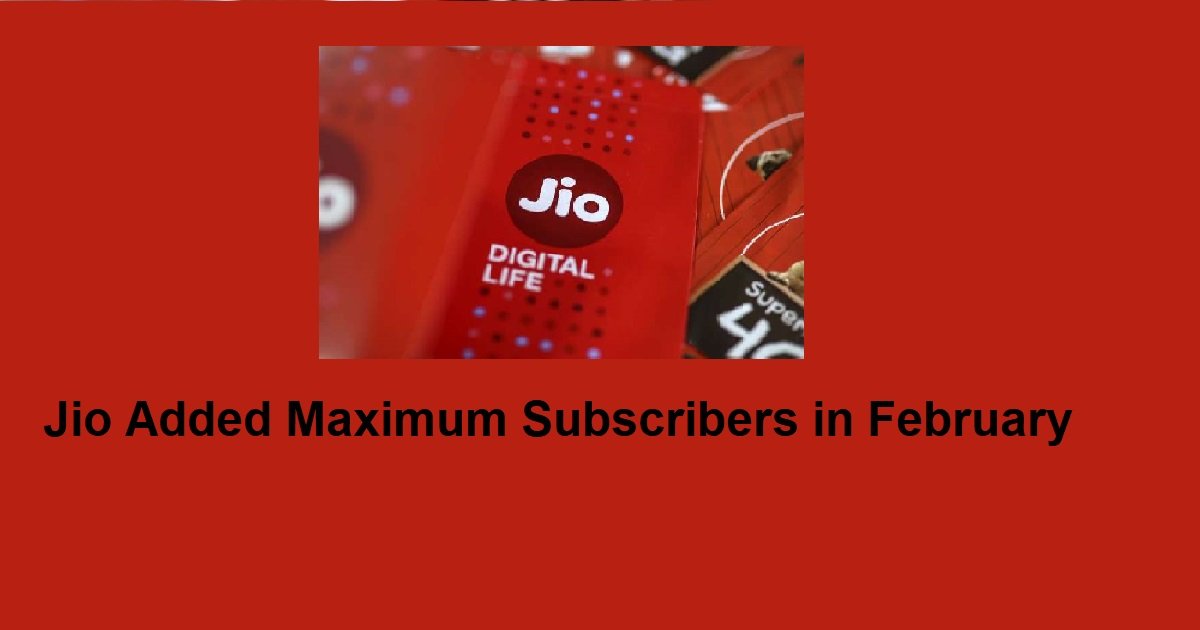 Further, regarding wireless broadband, Jio’s base stood 415 million, followed by Airtel at 185.22 million and Vodafone Idea at 123.7 million.

However, all the three private mobile operators added subscribers in February, state run BSNL lost 361,088 users, which has led to its base decline to 118.33 million.