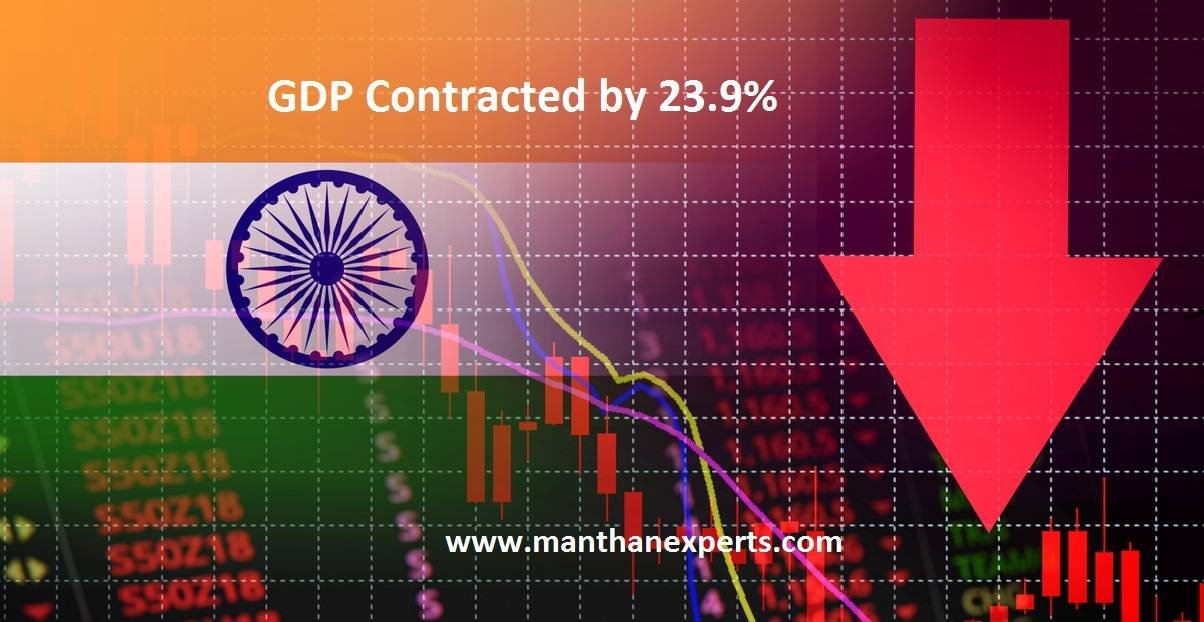 Is India on the path Economic Recession ?, The National Statistical Office (NSO) has put out the GDP figures for the first quarter (April-June) of fiscal year 2020-2021.

The Indian economy has been contracted by 23.9%.  This is the worst quarterly growth since Central Statistical Organisation (CSO) began publishing quarterly GDP numbers i.e. from 1996.

It is the biggest contraction on record, as India imposed a coronavirus lockdown in late March and extended it several times, halting most economic activities.

Still, India remains the third worst-affected country in the world by the pandemic after United States and Brazil.

Barring agriculture which witnessed a growth of 3.4%every other sector contracted. Here is the complete table.

The poor show of the economy was very much expected given the scale of the disruption since last week of March 2020.

While China, which many believe to be the epicenter of the Covid-19 outbreak, announced a surprise 3.2 per cent growth in its GDP during this quarter.

According to the data:-

Economists quoted by news agency Reuters have predicted fiscal deficit to cross 7.5 per cent of the GDP in 2020-21, as against the government’s budgeted estimate of 3.5 per cent.

On the top of the above RBI in its annual report which was published last week has warned the government that uptick in economic activity visible in May and June appears to have lost strength in July and August, suggesting contraction in economic activity will continue in Q2. If it happens India will officially entered into economic recession.