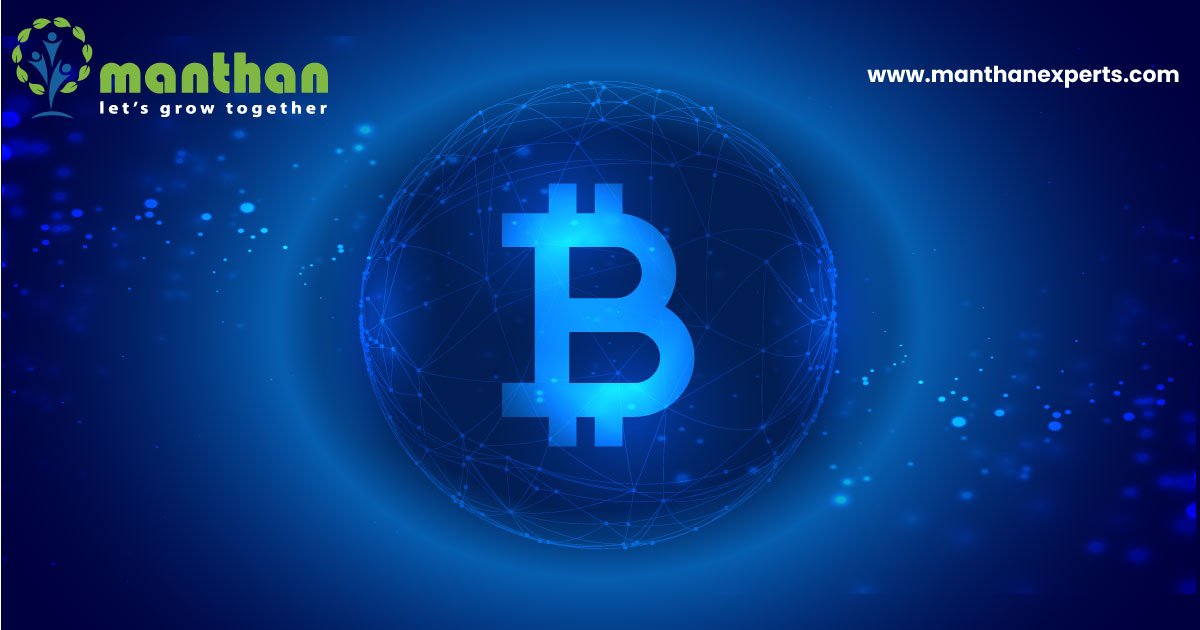 In the historic era, the barter system was followed. According to this system humans used to exchange goods for goods, and then humans invented the system of money in the form of paper and coins whereby goods and services were exchanged for money.  Now, Digital Money is prevalent in the modern world. Digital Money includes Debit cards, credit cards, electronic wallet money, and so on. Cryptography is a kind of digital money.

Cryptocurrency is the online money, known as digital currency or money. It can easily be transferred through online mode. Thus, it is considered as Digital asset.

As we know, Cryptocurrency is a decentralized electronic currency and therefore we can not involve any servers for processing cryptocurrency transactions. Moreover, it is not backed by the government as there is no law or central agency as of now in India to monitor crypto currency.

How does Cryptocurrency work?

Blockchain is a kind of database that stores all the data in e-form. It is a decentralized technology in the form of a ledger whereby all the transactions are recorded from all the computers. With the help of Blockchain Technology, one can easily enter into transactions without any sanction from the regulators.

Cryptography is one of the methods to protect all the communications and data using the algorithms. It basically creates & maintains the relation between the sender and receiver of data with a pair of keys.

Cryptography is a process which converts the plain text into unintelligible text or characters so that any person reading the text cannot understand its meaning and then the receiver who has unique key can convert that text into intelligible sense. It secures the data as it can only be read and understand by the person for whom it is stored or sent. Thus it makes the data authentic, secured and transparent and protects the date from being theft and altered.

Importance of Hash Function in Cryptocurrency

What are the advantages of Cryptocurrency?

Cryptocurrency has been identified as speedy as light in terms of transactions. One can do hassle-free multiple transactions at once without any error. Thus, it is highly adopted by businesses.

In cryptocurrencies, data is stored on a shared ledger with the blockchain which not only makes the data accurate and updated but also it secures all the transactions by using hash function privacy.

List of top 10 Cryptocurrencies in the world by Market Capitalisation

Source:List of Top 10 Cryptocurrencies in the world by Market Capitalisation

Legality of Cryptocurrency in India

if you are still pondering upon which cryptocurrency is best to invest now then first read about India’s stand on virtual currency before concluding anything. RBI issued the circular on 4th March 2020 imposing the ban on virtual currency for restricting the Banks and all financial institutions from giving services to crypto-traders and to deal & settle for Cryptocurrencies. It was declared as an arbitrary move by the Supreme Court and thus SC quashed this arbitrary circular by declaring it as unconstitutional.

The government of India is expected to introduce a Law regulating Cryptocurrencies in India. According to Indian Media Reports, there is a possibility that government can take harsh and stricter actions and approach against the Cryptocurrency market. Moreover, we can expect that the Indian Government can completely ban and criminalize not only the Mining, Trading and Transferring of the crypto-assets but also the Possession of Crypto-assets.

If India passes the law for banning private virtual currency then India would be the first nation to ban & criminalize Cryptocurrency.

At present, not every person knows about cryptocurrencies and even when people know about it then also not everyone trusts this currency. However, if we consider the growing phase of digital platforms and also the digital currency, we can conclude that Cryptocurrency is the future of currency. we hope all of your doubts related to which cryptocurrency is best to invest now are solved.

Government to Introduce Bill Regarding Cryptocurrency in Budget Session