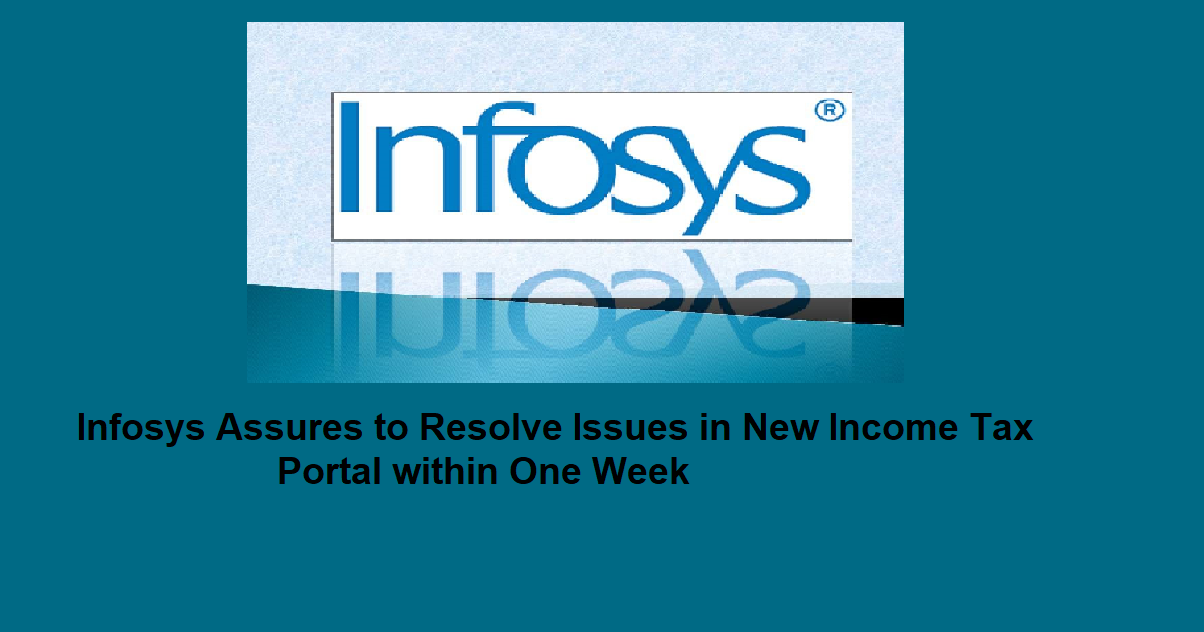 The Finance Minister with other senior officers held a high level meeting with Infosys team regarding numerous glitches in the functioning of the new Income tax e-filing portal since its launch on 7th June, 2021.

During the meeting, The Finance Minister expressed her deep concern on the various problems being faced by the stakeholders in the new portal which was expected to provide a seamless experience to taxpayers and emphasised that enhanced taxpayer service is an important priority for the present Government and every effort should be made to amplify the same on priority.

The Finance Minister exhorted Infosys to work on the tax portal to make it more humane and user-friendly and asked Infosys to address all issues without further loss of time, improve their services, redress grievances on priority as it was impacting taxpayers adversely.

The Infosys informed that they are working to fix the technical issues noticed in the functioning of the portal for execution of the project on the hardware as well as the application side. Some of the issues have already been identified and fixed. For the other remaining technical issues, they assured that their teams were working on these issues and gave the expected timelines to resolve within one week.