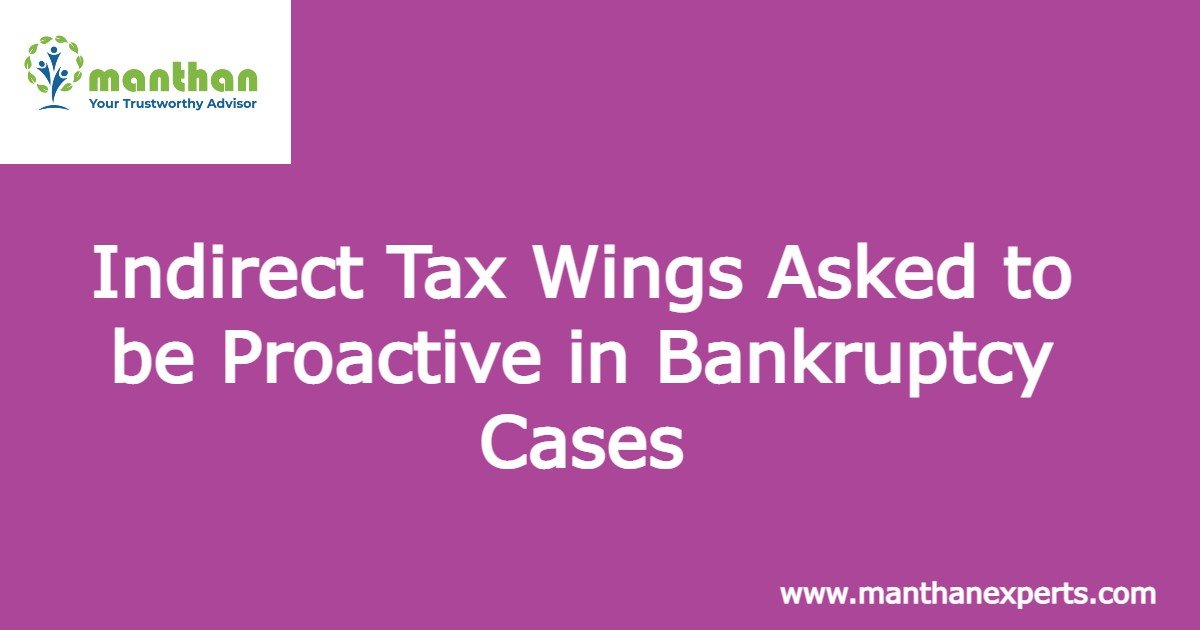 The Central Government along with the Bankruptcy Board of India (IBBI) has framed a mechanism to share data on companies facing insolvency action as the customs and GST wings repeatedly miss the deadline for filing claims.

Accordingly, suppliers to companies, customs and GST authorities can file claims as operational creditors for the tax dues from the companies. But the claims have to be filed within 90 days of commencement of insolvency action.

Regarding this, CBIC has decided to appoint a nodal officer for sharing information received from IBBI with the other field officers in the indirect tax wing of the revenue department tasked with filing claims against companies based on the tax dues.

The officials have been asked to create a WhatsApp group in order to share data quickly to the field officers. Beside, officers have also been asked to get daily updates from IBBI on the new cases that are being taken up.

Further, the tax authorities will now have to work with the resolution professional, who is appointed to oversee the process once the company is part of the insolvency process.

India’s GDP May Have Grown 2.7% in March Quarter: SBI Research