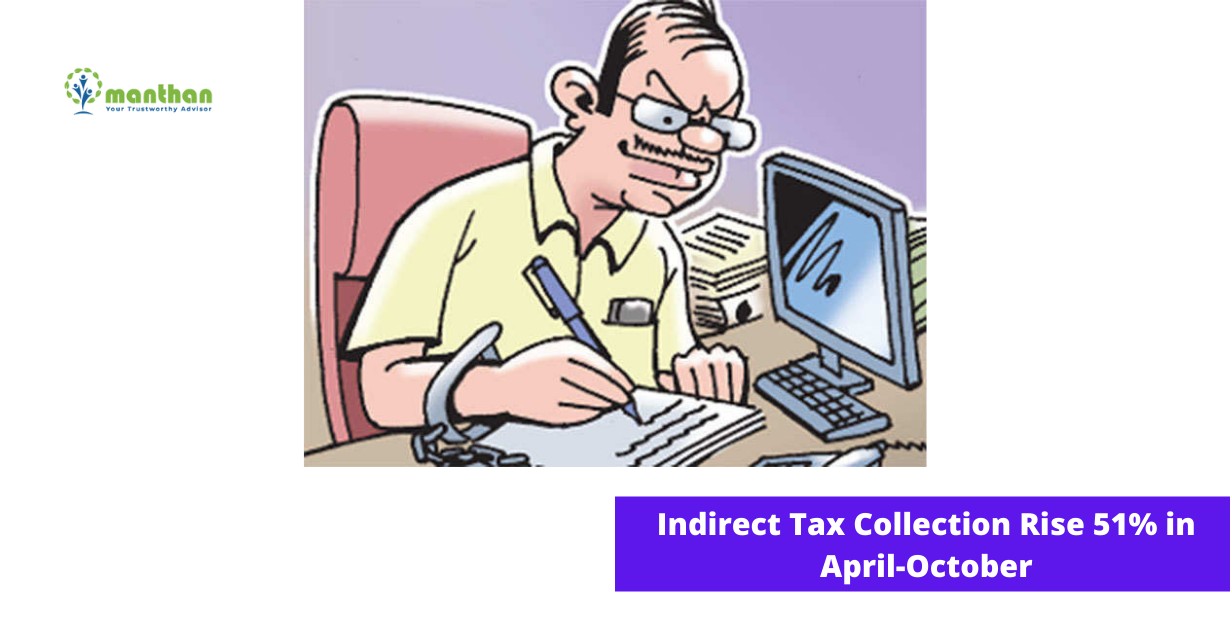 The collections in April-October 2021 were also 41% higher than the receipts in the corresponding period of FY20. Even monthly indirect tax collections have grown 25% on year in July, 17% in August, 34% in September and a 63% in October.

In the Centre’s monthly indirectly tax collections, GST constitutes 40-50% depending on apportionment of integrated GST collections (IGST) between the Centre and states. Monthly customs duty collections in FY22 have been more than double compared with the corresponding months till October (except in April when it was more than four times of the receipts in the year ago month).

Gross GST collections have been recorded at Rs 1,30,127 crore in October, the second highest mop-up since its inception in July 2017.

Analysts are of view that since tax collections (direct and indirect) have been buoyant so far in FY22, the excise duty reduction will unlikely alter FY22’s fiscal arithmetic. The Centre’s fiscal deficit will likely come within the budget target of 6.8%. 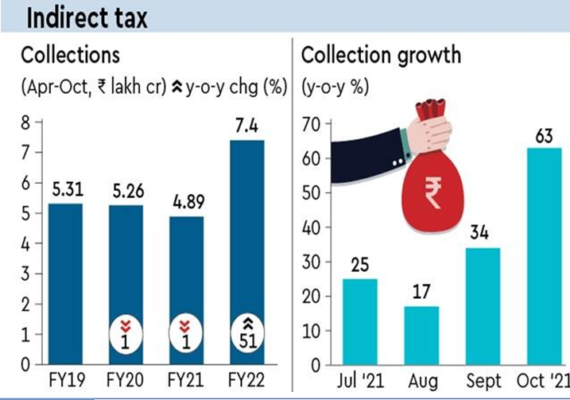