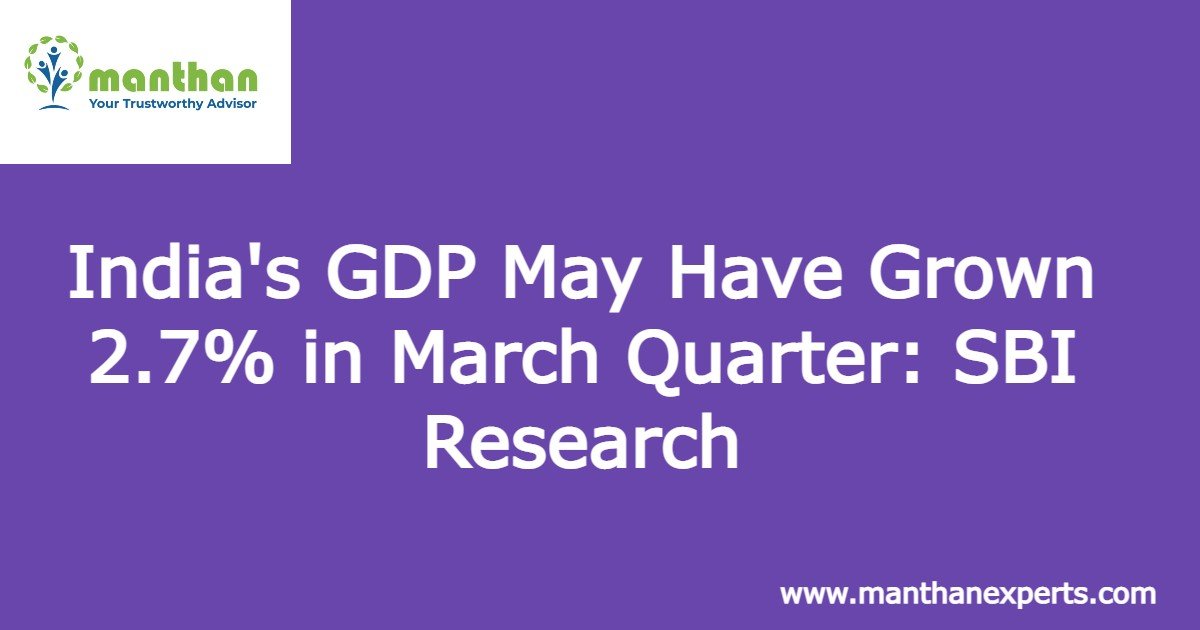 Ecowrap, an SBI research has reported that India’s economy is expected to have grown 8.5 % in FY 2021-22 and 2.7 per cent in the March 2022 quarter. However, it has projected uncertainties for Q4 FY22 as the data for January-March quarter are due for release on 31st May.

India’s GDP grew 5.4 per cent in the December 2021 quarter, it was higher than 0.5 per cent growth that was seen in the corresponding period of the December 2020. The GDP grew 1.6 per cent in the fourth quarter of FY21. “As per our (SBI) ‘Now casting Model’, the forecasted GDP growth for Q4 FY22 would be 2.7 per cent, with a downward bias,” the report said.

As per the report, the strong growth in tax collections, the gap between GVA and GDP numbers in Q4 could push up the GDP number significantly, even as gross value added (GVA) might be much lower.

Further, on the corporate earnings, it said the early trend of Q4FY22 results reported better growth numbers across parameters as compared to Q4FY21 albeit contraction in operating margin due to higher input cost.

“Sectors such as steel, FMCG, chemicals, IT-software, auto ancillary and paper, among others, reported better growth numbers. However, sectors such as automobile, cement, capital goods– electrical equipment, edible oil, etc., though reported growth in revenue in Q4FY22, registered negative growth in PAT, as compared to Q4 FY22,” it said.