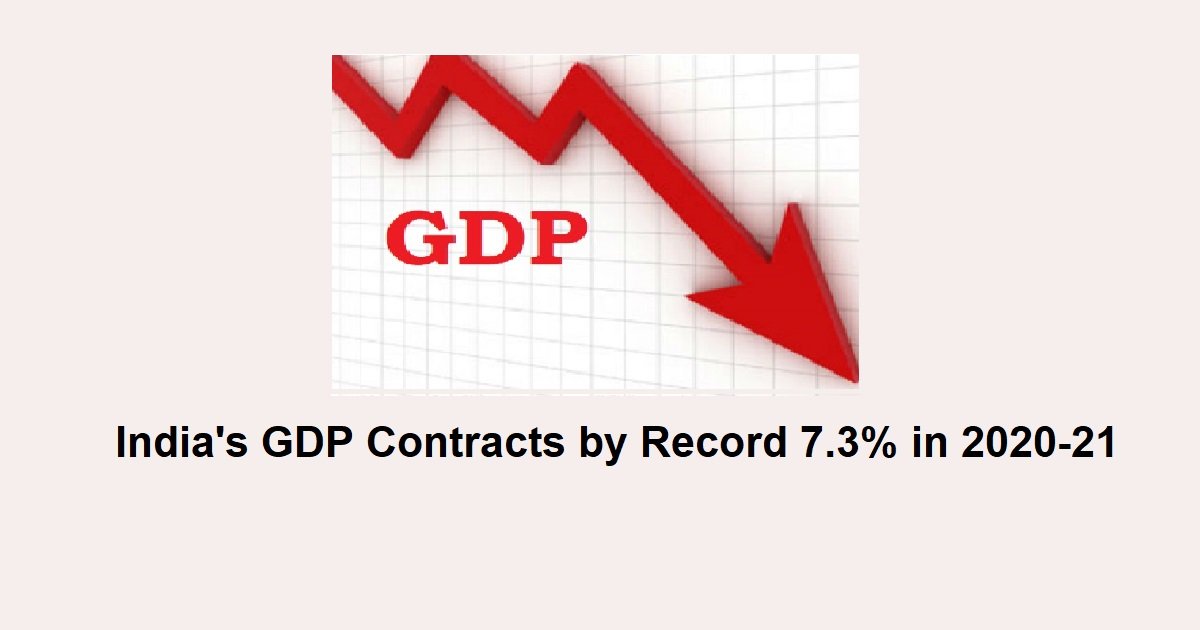 Government estimates released on Monday shows that India’s GDP Recorded its worst ever performance in over four decades, contracted by 7.3% in 2020-21. While the pandemic has hit growth in countries across the world, several trends over the last decade shows that the Indian economy was already worsening in the years before Covid-19.The GDP had slipped into a technical recession in the first two quarters of FY 20–21 by contracting 24.4 per cent and 7.4 per cent respectively.

India’s gross domestic product (GDP) grew 1.6% in the fourth quarter i.e. January-March of 2020. This comes on top of a 0.5%growth in the previous October-December quarter

Investments, as reflected by gross fixed capital formation, rose 10.9% in 4th Qtr. after rising by 2.6% in 3rd quarter. Investments contracted by 10.8% for the full year.

Government final consumption expenditure grew 28.3% in 4th Qtr. after contracting 1.1% in 3rd quarter. For the full year, it rose by 2.9%.

Mining sectorcontracted by 5.7% in 4th Qtr. compared to a contraction of 4.4% in the previous Quarter. Mining contracted by 8.5% annually.

Trade, hotel, transport, communication contracted by 2.3% in 4th Qtr. compared to a contraction of 7.9% in the 3rd Qtr. Contraction for the full year was at 18.2%.