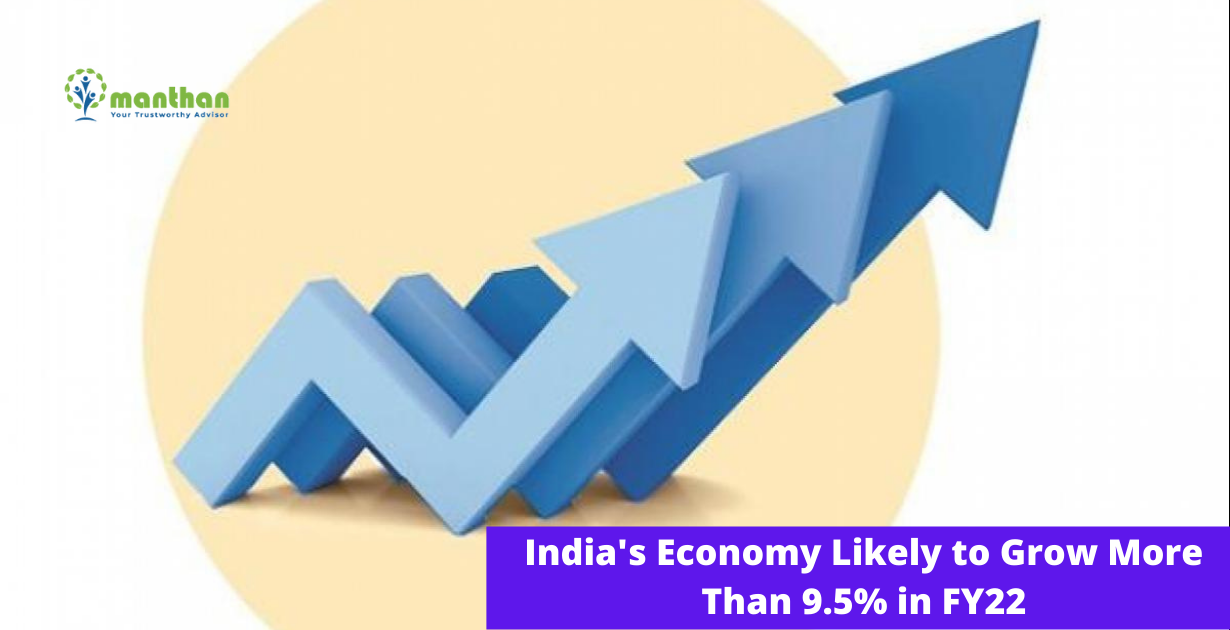 Ecowrap, an SBI research report has projected that the India’s gross domestic product (GDP) is likely to grow more than 9.5 per cent in fiscal 2021-22.

According to the data released by the National Statistical Office (NSO) the economy has grown at 8.4 per cent in the second quarter (Q2) of the current fiscal. The growth in the April-June quarter (Q1) of this fiscal stood at 20.1 per cent.

Further, in Q2 FY22, the FMCG sector has reported year-on-year growth of 11 per cent, while EBIDTA and PAT has grown by 4 per cent each. The new investment announcements in the current year looks encouraging, with around Rs 8.6 lakh crore investment announcements made so far in the last seven months of FY22. Out of which private sector is contributing Rs 5.80 lakh crore, constituting 67 percent of this, it added.

Trade Deficit Widened to an All Time High