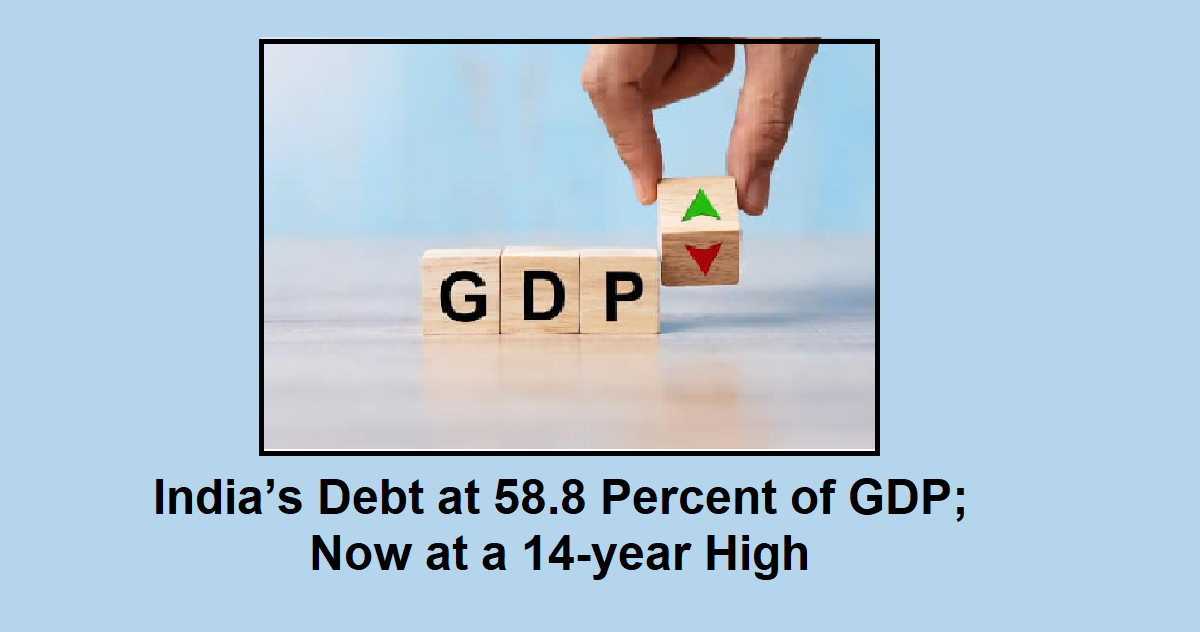 India’s debt soared to 58.8 percent of the gross domestic product (GDP) in the fiscal year ended March from 51.6 percent a year ago as the economic contraction forced the government to borrow a record amount to meet a revenue shortfall, finance ministry data showed, prompting experts to raise concerns over debt sustainability in the medium term.

The fiscal deficit widened to 9.2 percent of GDP in FY21 from 4.6 percent of GDP a year ago as revenue receipts contracted 3 percent, with the economy shrinking 7.3 percent. The contraction, the steepest in independent India, is ascribed to the disruption in economic activities caused by the pandemic.

The higher debt-to-GDP ratio in FY21 was mainly due to the GDP contraction, said Devendra Kumar Pant, chief economist at India Ratings. “Debt sustainability has to be viewed from a medium-term perspective. Despite covid-2.0, nominal GDP growth in FY22 would be closer to 14 percent. This will lead to debt-to-GDP falling at least by one percentage point. To have sustainable debt, strong growth momentum has to be maintained, which will also provide some relief to fiscal deficit,” he added. 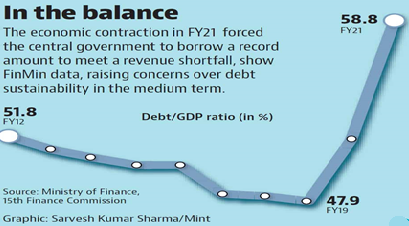