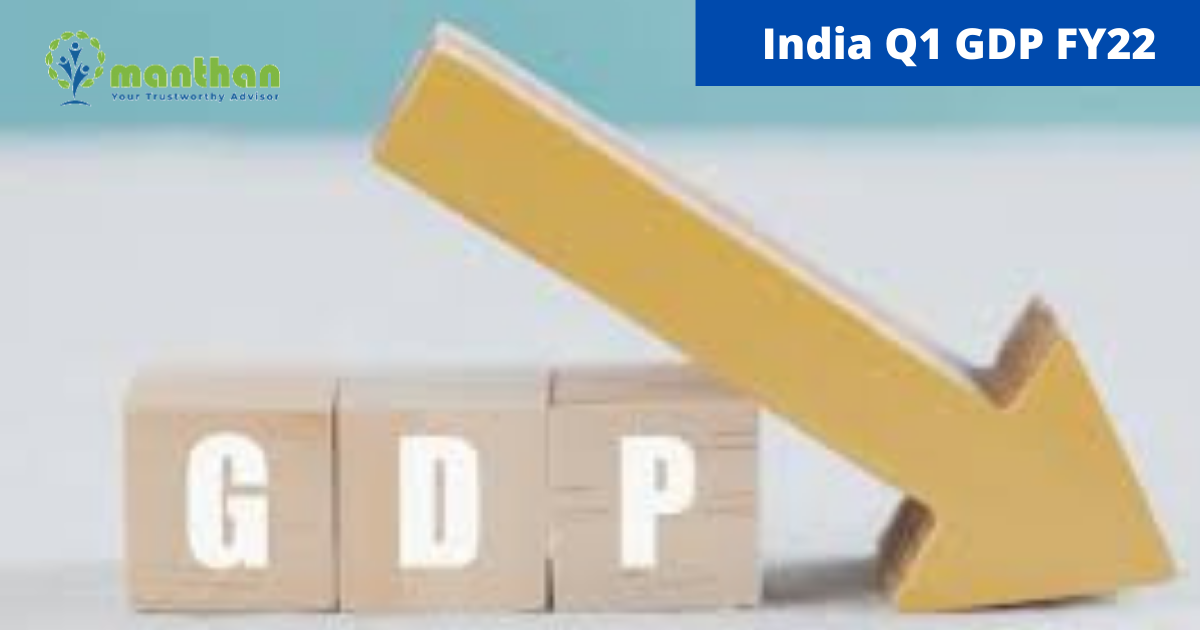 Indian economy has clocked a record double-digit growth in the June quarter. India’s gross domestic product (GDP) grew 20.1% in the first quarter of FY22, as per the provisional estimates of GDP released by the Ministry of Statistics and Program Implementation (MoSPI). However, it must be noted that this record growth was in comparison against the April-June quarter of 2020 when the economy contracted 24.4%.

In the first quarter, the manufacturing sector rose by 49.6%, while the construction sector grew at 68.3%. The sector of trade, hotels, transport, communication & services related to broadcasting gained 34.3%. Apart from this, the agriculture, forestry and fishing sector grew 4.5% in First Quarter.

The central government received ₹6.83 lakh crore as total receipts, or 34.6% of corresponding budgetary target for the fiscal, till July. India saw its fiscal deficit reach ₹3.21 lakh crore during the first 4 months of the current financial year. This is 21.3 % of the budgetary estimates for fiscal deficit set by the central government as compared to 103% seen during the corresponding period of the previous year, showed government data released on August 31, 2021.