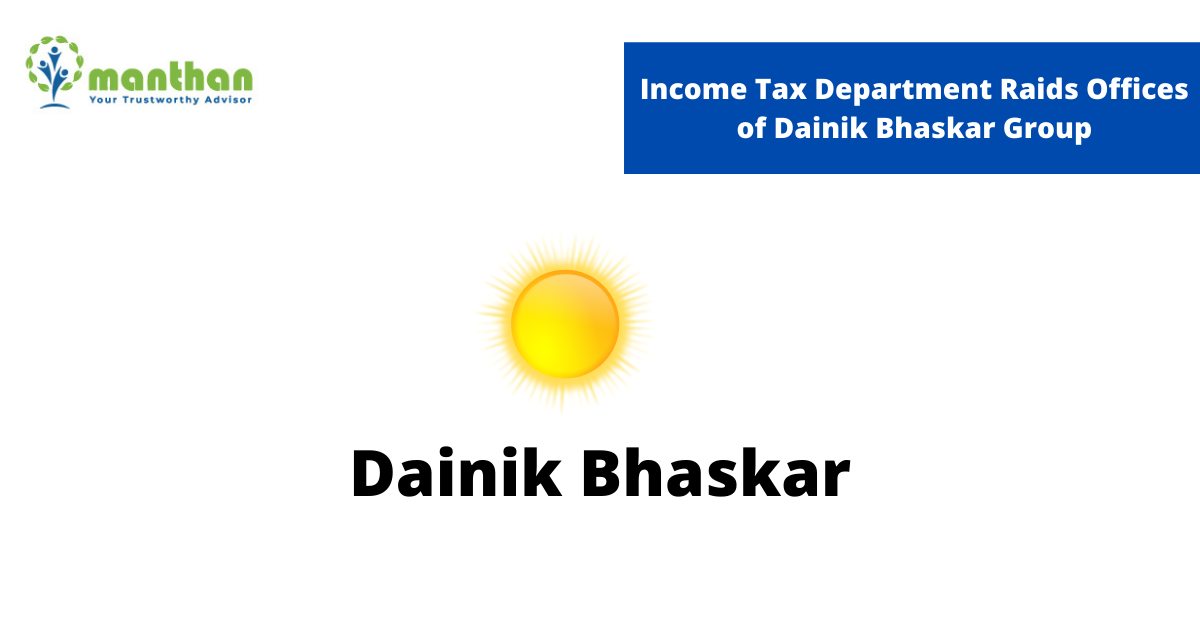 The Income Tax Department on Thursday morning began searches at premises of the Dainik Bhaskar Group across the country in a suspected tax evasion case. The Income Tax department is reportedly conducting searches at media group Dainik Bhaskar’s offices in Bhopal, Jaipur, Ahmedabad and some other locations in the country. Searches are going on in connection with tax evasion case, at multiple locations including Promoters’ residences and offices.

They did not immediately share details of the case or individuals whose premises or offices were being searched at the time of filing this report. The searches were carried out in Maharashtra, Gujarat, Madhya Pradesh, Rajasthan as well as Delhi.

Dainik Bhaskar had published a series of stories on COVID-19 deaths in the second wave of the pandemic and the bodies dumped in the Ganga River that was found floating the river while some washed up on the banks of the river in Uttar Pradesh.