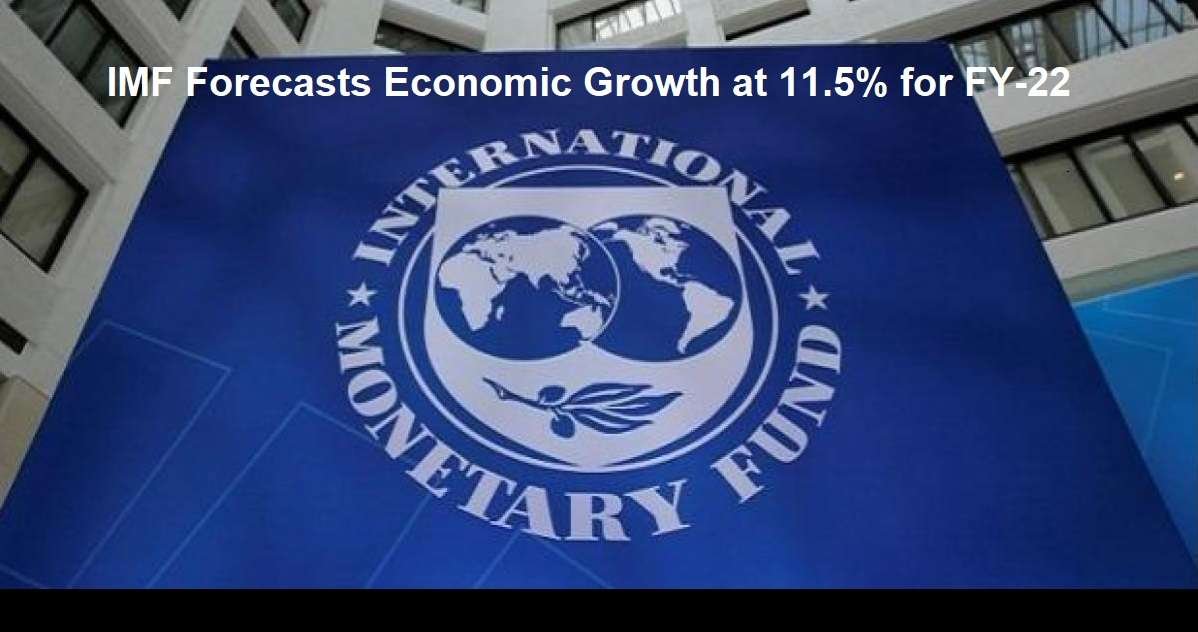 International Monetary Fund (IMF) after revising forecast, stated that the Indian economy will show a strong rebound and grow as much as 11.5 per cent on year in FY-22.

However, last October, it had projected an 8.8 per cent real GDP growth for India in FY-22, highest globally. For the current fiscal, the IMF had forecast a record 10.3 per cent contraction.

With this, India will emerge as the only key nation to record a double-digit growth and reclaim the status of the world’s fastest-growing major economy, it added. India’s real gross domestic product (GDP) shrank as much as 8 per cent in FY21 due to the Covid-19 pandemic, the multilateral body said. In FY23, the economy will likely grow 6.8 per cent, it added.

The Finance Ministry had also exuded confidence that India would recover at a fast pace and reach pre-Covid levels by the end of this fiscal unless a second wave of cases was triggered by a fatigue with social distancing.