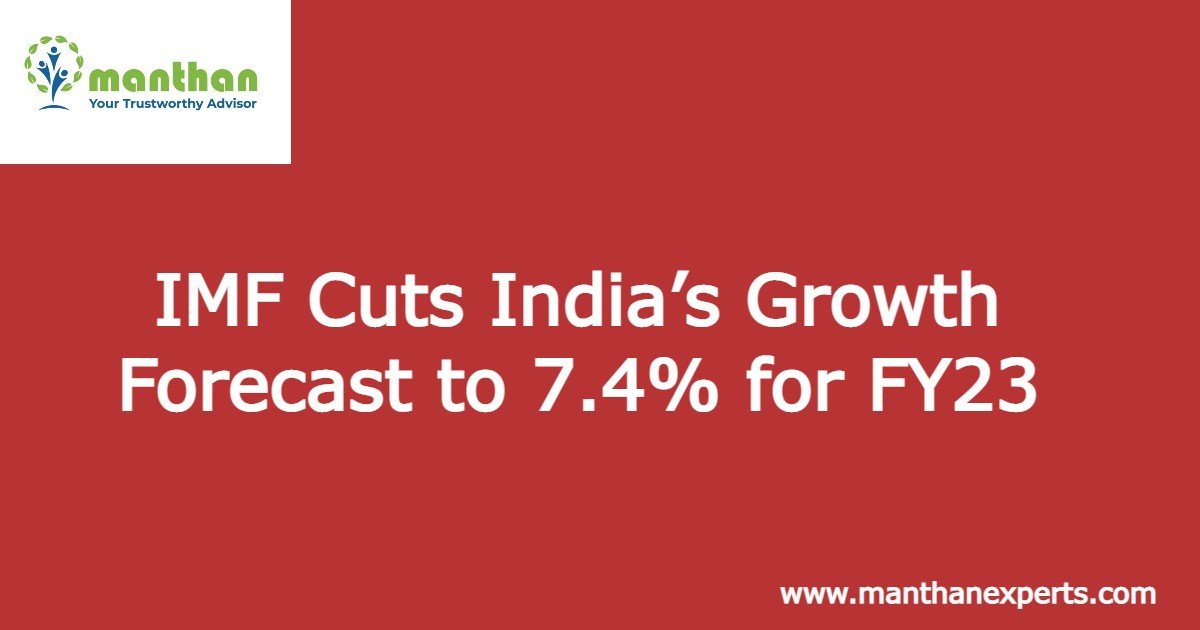 The International Monetary Fund (IMF) has slashed India’s growth outlook for FY23 to 7.4% from 8.2% as forecasted in April. In April, the IMF had slashed the growth projection from 9% citing higher commodity     prices.

In its latest World Economic Outlook report, the agency said, “The outlook for India has been revised down by 0.8 percentage point to 7.4%. For India, the revision reflects mainly less favorable external conditions and more rapid policy tightening”. It expects India’s economy to grow 6.1% in FY24. India’s gross domestic product growth slowed to 4.1% in the January-March quarter as FY22 ended with an 8.7% expansion.

For emerging market and developing economies, the negative revisions to growth in 2022–23 reflect mainly the sharp slowdown of China’s economy and the moderation in India’s economic growth. With increasing prices continuing to squeeze living standards worldwide, taming inflation should be the first priority for policymakers, IMF added.