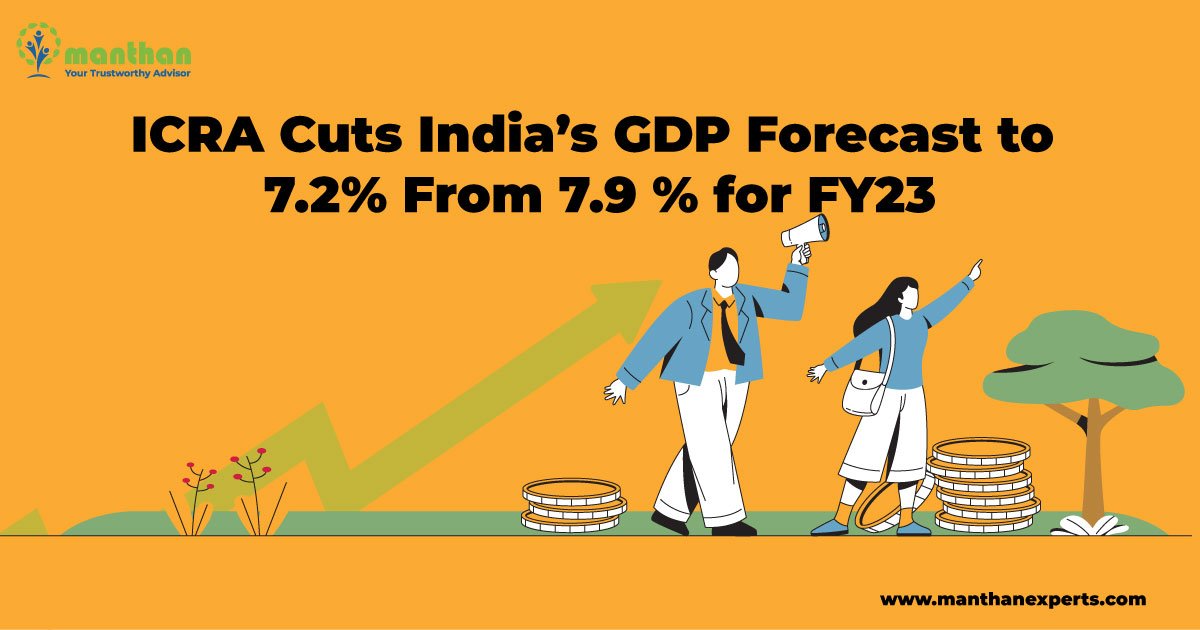 As per the statement, for the financial year ending 31st March, 2022, the agency has lowered its GDP growth projection to 8.5 per cent, moderately lower than the National Statistical Office’s (NSO’s) second advance estimate of 8.9 per cent.

“Higher prices of fuels and edible oil are likely to compress disposable incomes in the mid to lower income segments, constraining the demand revival in the next financial year starting 1st April,” said Aditi Nayar, chief economist at ICRA.

However, extension of free food grains under Pradhan Mantri Garib Kalyan Ann Yojana (PMGKAY) until September 2022 may continue to offer some respite to the food budgets of vulnerable households, it said.

Further, ICRA expects a gradual rise in capacity utilisation to 74-75 per cent in Oct-Dec (Q3 FY2023) from 71-72 per cent in Jan-Mar (Q4 FY2022). At present, capacity expansion is being undertaken in select sectors such as cement, steel, as well as sectors that are covered under the Production Linked Incentive (PLI) schemes.