The Institute of Chartered Accountants of India (ICAI) has issued an advisory to the students as well as the members including non-practicing members regarding social media publishing.

It has advised to exercise caution while posting /sharing / forwarding any message, video, audio, photographs, comments and other material on print and social media which may harm the image of profession or institute generally in the eyes of the public.

Step has been taken as there are many instances where members and students have taken social media to express grievance related to academic/profession without taking up the issue firstly to the institute. Further, some of them have also written directly to the Ministry of Corporate Affairs.

Some of the post are highly objectionable which may disrepute the security of the nation, public order and friendly relation with other nation. While in certain cases material published in social media was seen to be false and misleading.

Accordingly, ICAI has stated that in term of part IV, first schedule to the Chartered Accountants Act, 1949, a member of the institute, whether practicing or not, shall be deemed to be guilty of other misconduct, if he brings disrepute to the profession or the institute, as a result of his action whether or not related to his professional work.

However as far as students are concerned any such action will be liable for appropriate action including cancellation of their registration. 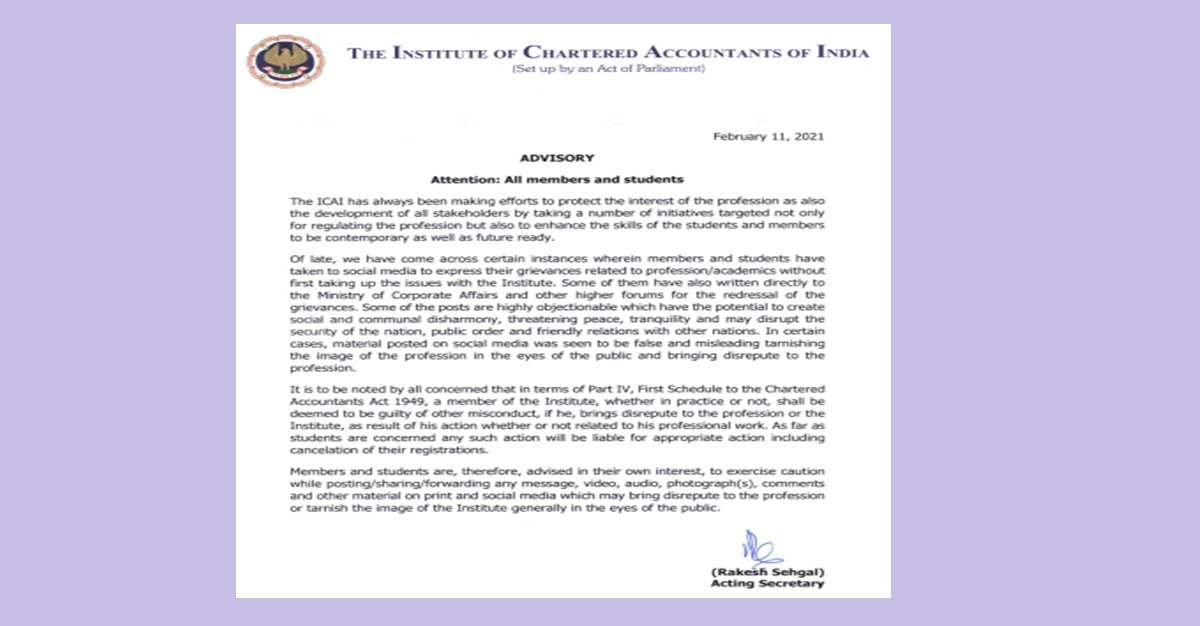