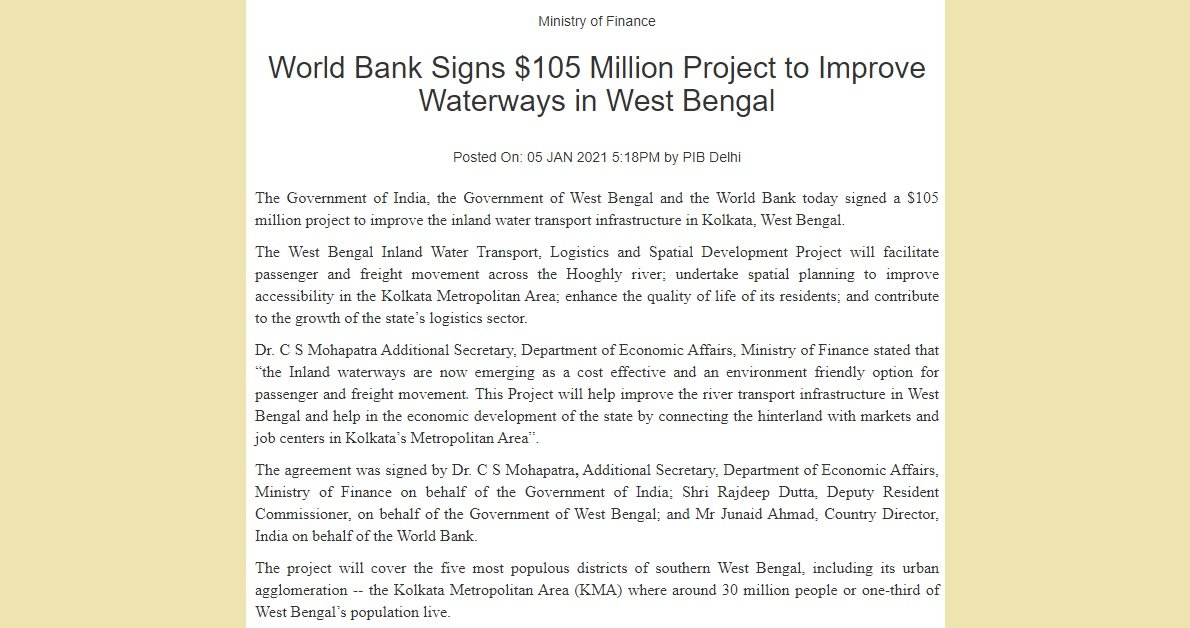 The Government of India with the Government of West Bengal and the International Bank for Reconstruction and Development (IBRD) has signed a $105 million (approx. 777 crore) project to improve the inland water transport infrastructure in Kolkata, West Bengal.

The project will cover the five most populous districts of southern West Bengal, including its urban agglomeration – the Kolkata Metropolitan Area (KMA) where around 30 million people or one-third of West Bengal’s population live.

It will facilitate passenger and freight movement across the Hooghly river; undertake spatial planning to improve accessibility in the Kolkata Metropolitan Area; enhance the quality of life of its residents; and contribute to the growth of the state’s logistics sector.

The loan from has a maturity of 17 years, including a grace period of 7 years.