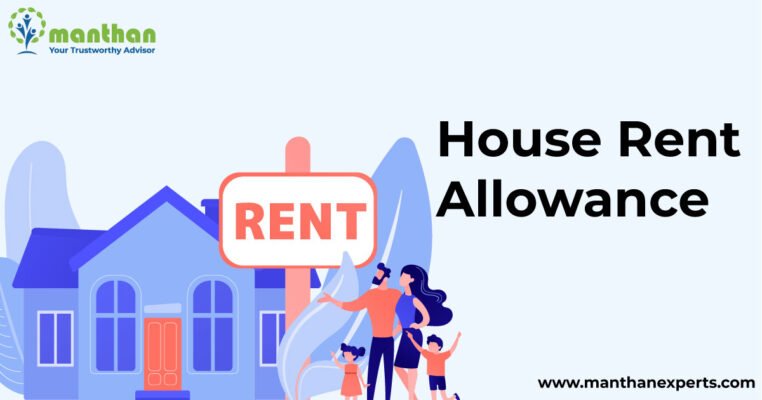 In India, every person is liable to pay income tax on his income subject to certain conditions. A taxpayer can reduce his tax liability by claiming various exemptions and deductions available as per IT Act.

In this blog we will discuss about one of the exemptions i.e. House Rent Allowance (HRA) available for a taxpayer who has earned income under the head salary and lives in a rented house.

What is Salary in respect of HRA?

Salary is a sum of money which an employee receives from his employer in consideration of the service given. HRA is one of the allowances given by an employer to meet the rent expenses paid by the employee.

Click here to read more on Income under the head Salary

HRA is an allowance, which an employee receives as a part of his salary from his employer towards the payment of rent expenses. Salaried employee, who lives in rented house, can claim the HRA as exemption to reduce his tax liability. Since, the HRA allowance is towards rent expenses, so if employee doesn’t live in rented house, and received HRA allowances, it would be fully taxable.

As per the provisions of Section 10(13A) of IT Act, HRA is allowed as deduction from taxable salary. It is generally accepted business practice in India that employee received HRA as a component of his salary. So, when an employee received HRA as part of his salary and he actually pays rent during the year, IT Act helps him to reduce burden of tax by allowing the HRA component as exemption, subject to certain conditions.

How to Calculate HRA Exemption?

HRA is a part of salary income, however unlike basic salary, HRA is not fully taxable. As per the provisions of section 10(13A) of the IT Act, HRA is exempted subjected to certain conditions.

As per the Rule 2A of the Income tax Rules, 1962, least of the following is allowed as HRA exemption: –

So, we can say that HRA exemption is calculated based on various factors such as:

To calculate the total taxable income, the amount of exempted HRA calculated, shall be deducted from the total income.

Who is eligible to claim exemption against HRA?

As per the provision of Section 10(13A) of the IT Act, only a salaried individual who has received HRA as allowance from his employer and lives in a rented house for which he has actually incurred rental expenses during a year, can claim HRA exemption.

So, it won’t be wrong to say that self-employed and professionals are not eligible to claim HRA exemption. However, if they have incurred house rent expenses during the year, deduction under Section 80GG of the IT Act is available for them, subject to certain conditions.

Deduction under section 80GG of the IT Act is also to those employees who do not receive HRA as part of their salary.

How to Claim Deduction under Section 80GG?

Deduction under section 80GG of the IT Act is least of the following:

Is it possible to claim HRA as well as Deduction on Home Loan Interest?

Although there is no restriction in claiming both kind of exemption / deduction simultaneously but there should be reason to justify why such employee is not residing in his own house. The reason can be any of the following or similar situation:

Is it possible to claim HRA when assesses lives with his Parents?

Yes, if a taxpayer lives in his parents house and enters into rental agreement with them & pays them rent, he can claim HRA exemption during the respective financial year. His parents will include such rent receive as in their income while filing Income tax return.

Conclusively, a salaried employee can reduce his income tax liability by claiming HRA exemption. A smart individual is the one who knows the exemptions and benefits available for him to reduce his tax liability.

It is always suggested to seek expert’s assistance for filing income tax return accurately. If you are also looking for professionals’ help then Manthan Experts is the right platform for ITR Filing in time with utmost accuracy.

Income From Other Sources