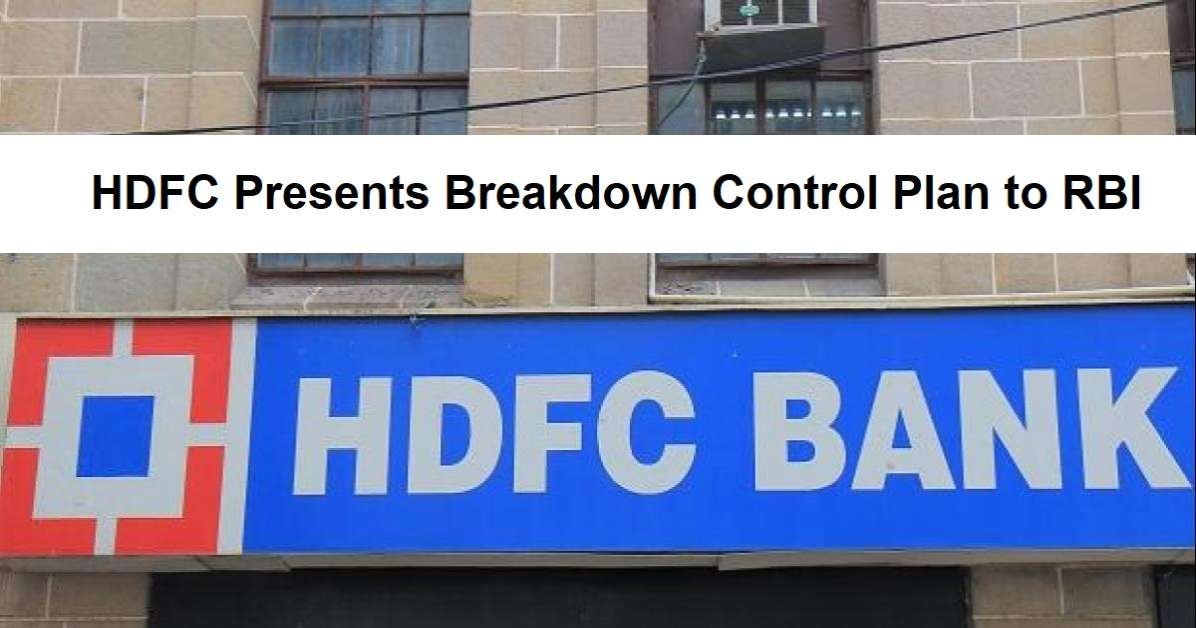 As per the report, HDFC bank, has presented a plan to the Reserve Bank of India (RBI) explaining ways to fix repeated breakdown of services in the bank’s technology platform as seen over the past three years.

RBI strictly responded after two major breakdowns, one in November 2018 while the other in December 2019. Accordingly, RBI had directed HDFC Bank to temporarily halt all its digital launches including new sourcing of credit card customers, due to various breakdowns the bank faced because of technical issues.

Since then HDFC bank is awaiting a response from the RBI on when restrictions on new card acquisition will be lifted, as reported by Economic Times.

At present, the bank is working on several immediate and long-term remedies as part of its internal review, and the bank is likely to request the RBI to carry out an inspection, once its review is complete.

“The action plan that the bank is working on could take anywhere between 10-12 weeks to implement. From there on, it’s up to the regulator to inspect the progress and take a call on lifting sanctions,” the Financial Daily quoted one of the persons as saying.