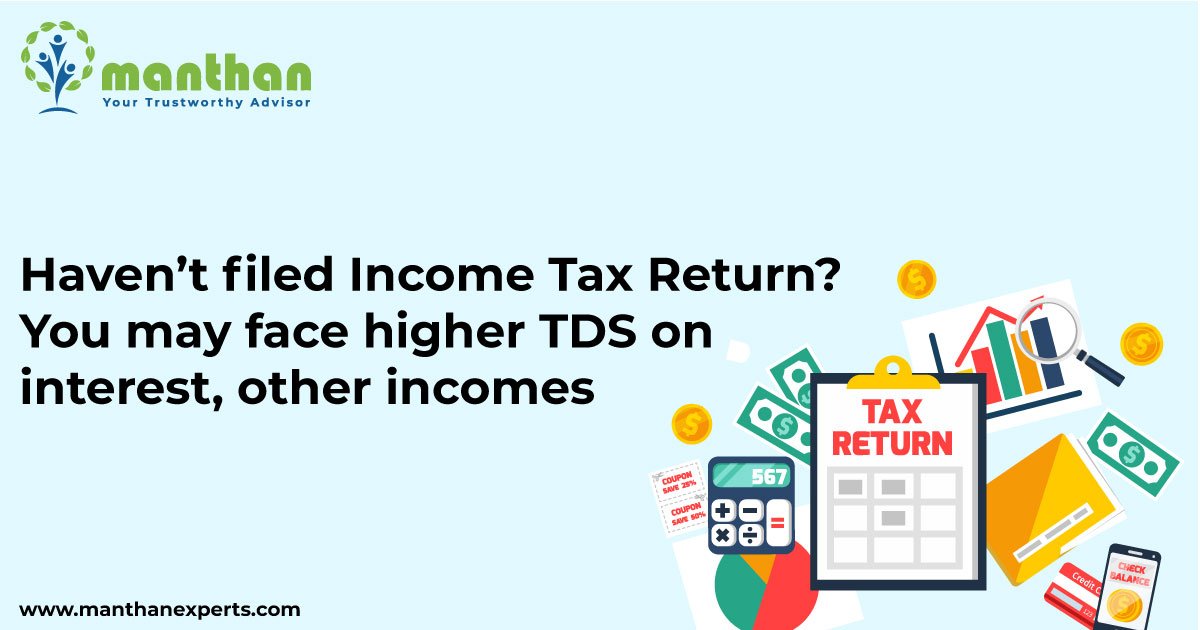 In order to ensure filing of ITR without fail, the Ministry of Finance introduced a special provision of Tax Deducted/Collected at Source in Union Budget 2021.

The Finance Act, 2021 has inserted Section 206AB in the Income Tax Act, 1961, imposing higher rates of TDS on those who entered into transactions with non-ITR filers. The CBDT declared that section 206AB shall be effective from 1st July 2021.

This Blog will elaborate and discuss the concept of Section 206AB under I-T Act, 1961.

As discussed this section was introduced to ensure ITR filing by imposing higher TDS on those who do not file ITRs. According to Section 206AB of the IT Act, whenever any person deducts TDS under Chapter XVIIB on any sum or income or the amount paid or payable or credited to a specified person then the TDS at higher rates shall be deducted, and thus the rate of TDS shall be the higher of these following rates,

Specified Person under Section206AB of the I-T Act

The specified person under section 206AB is a person:- 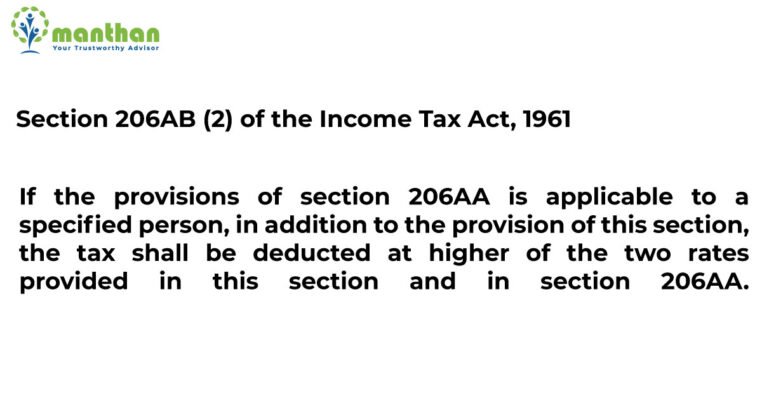 After interpreting section 206AB, it is now clear that the tax will be deducted at source on higher of two rates designated in section 206AB and section 206AA of the IT Act.

Who shall deduct TDS under Section 206AB of the IT Act?

Generally, Section 206AB applies to each and every person who is mandatorily required to deduct tax at source on the above-prescribed amount paid or payable or credited to a specified person under Chapter XVIIB of IT Act.

Which payments are liable to TDS under Section 206AB?

Section 20AB shall apply on all the payments which are required to be taxed as TDS under Chapter XVIIB. However, it shall not apply on the provision enshrined under Sections 192, 192A, 192B, 192BB, 194LBC, and 194N.

Consequently, Section 206ABof the IT Act will ensure that the deductee files his Income Tax Return otherwise his TDS would be deducted at higher rates.

How to Avail Tax Deductions under Section 80C?

Your All-In-One Guide On Clubbing Of Income